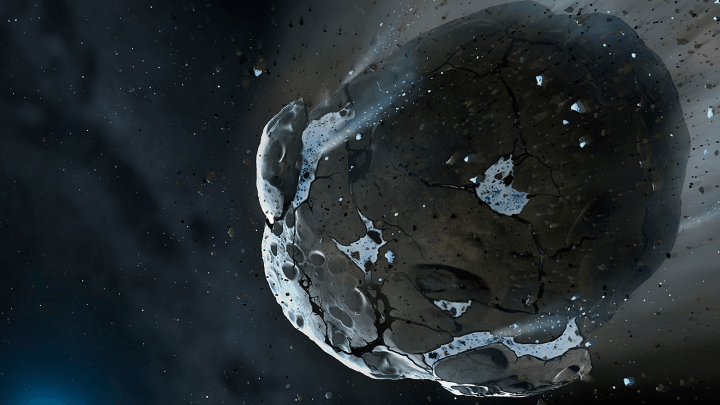 An asteroid estimated to be up to nearly a mile in diameter is scheduled for a date with Earth tomorrow, May 21st, 2020. The space rock known as 136795 (1997 BQ) will be moving at a speed of over seven miles per second when it reaches its closest point to our planet. Thankfully, NASA has been keeping a close eye on it and it’s expected to miss Earth by a significant margin.

As its name suggests, 1997 BQ was first spotted by astronomers in 1997. It’s big enough that it could be tracked, and over time its Sun-centric orbit was mapped and refined.

In its current definition, a PHA has to have an orbit that brings it within just one-twentieth of an astronomical unit (that’s the distance between the Earth and the Sun) and an absolute magnitude (a measure of brightness that can indicate size) of 22.

There are lots and lots of objects that NASA knows about which fall into that bucket. The good news is that once we know the orbit of an object we can predict its future passes of Earth with a high degree of accuracy. That lets us prepare for a potential impact well in advance if an asteroid were to ever appear to be on a collision course with Earth years or even decades down the road.

As far as 1997 BQ is concerned, it won’t have much of a chance to check out the sights as it passes by Earth. The distance between our planet and the rock at its closest approach will be just shy of four million miles. That’s a nice, comfortable buffer zone that ensures our safety while allowing astronomers to catch a glimpse of the speedy rock as it cruises along.

With estimates of its size suggesting the asteroid could be nearly a mile wide, it would cause significant damage if it were to strike the Earth. If it came down over a populated area the casualties could be incredibly high, and if it splashed down in the ocean it would cause a whole host of problems, from massive waves to atmospheric disturbances.

Thankfully we don’t have to worry about any of that this time around. The next time the asteroid is expected to make a close-ish pass of Earth is in 2050, and it will be even farther away during that visit.