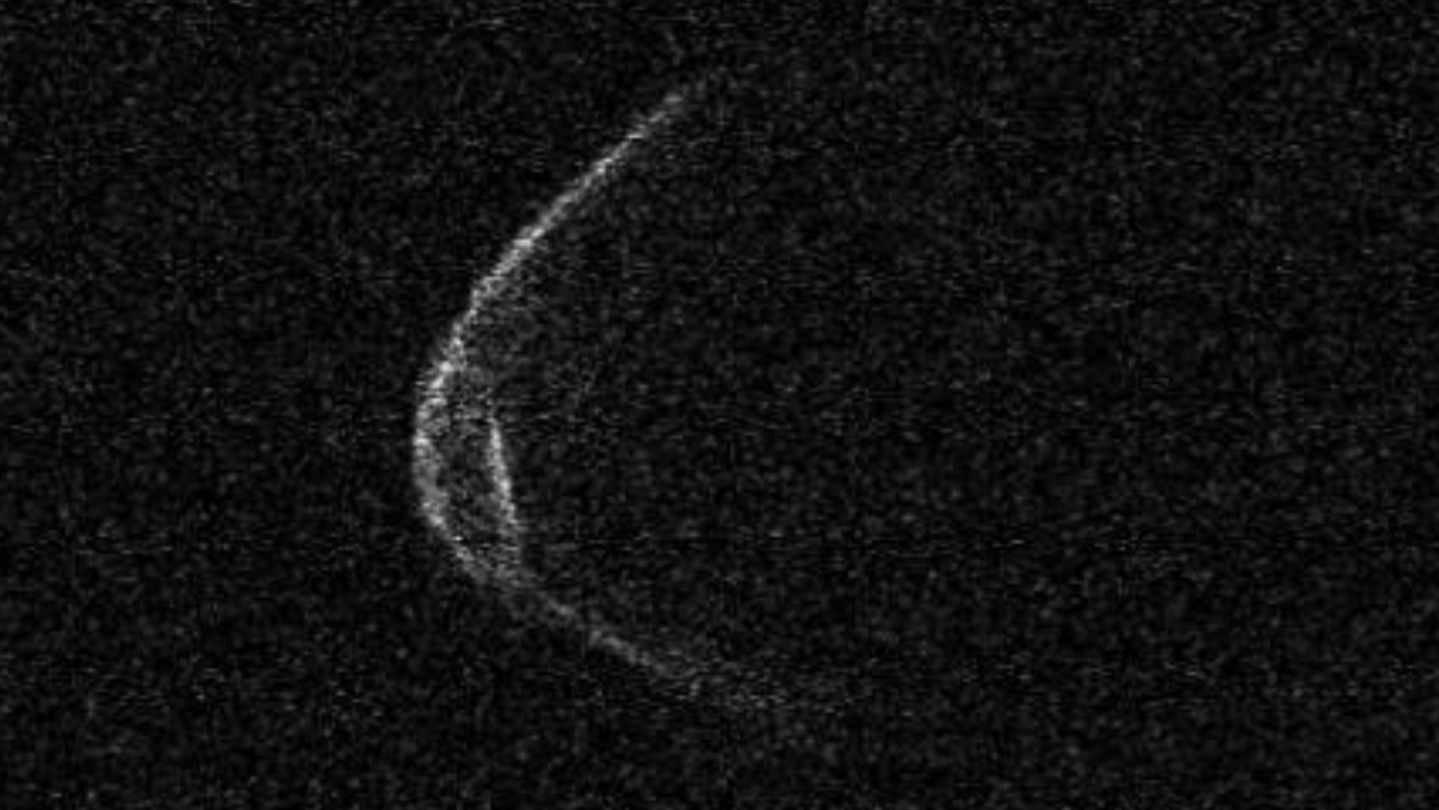 Thanks to the ongoing global health crisis, face masks are a highly sought-after item these days. Companies that never made face masks before are now making them by the thousand, and government agencies are rolling out their own DIY guides on how to make masks at home. It’s a whole thing.

Now, wouldn’t you know it, an asteroid is about to make a flyby of Earth next week and, well, it kinda looks like it’s wearing a face mask of its own. The space rock known as 52768 (1998 OR2) is fairly large, measuring an estimated 1.2 miles in diameter, and a recent image of the object sure looks familiar.

The images of the asteroid were snapped by researchers at the Arecibo Observatory in Puerto Rico, and the rock just happened to be at an orientation where it looks like a big round head with a face mask strapped on the front.

The space rock won’t be getting too close to Earth, and it’ll only be around 3.9 million miles from Earth at its closest approach. Still, that’s close enough for researchers to snap some images of it and study its trajectory for future forecasting.

“The small-scale topographic features such as hills and ridges on one end of asteroid 1998 OR2 are fascinating scientifically,” Anne Virkki, of the Arecibo Observatory said in a statement. “But since we are all thinking about Covid-19, these features make it look like 1998 OR2 remembered to wear a mask.”

Understanding the orbits objects like 1998 OR2 help astronomers forecast the likelihood that they will pose a problem from us in the future. We can be reasonably certain that an asteroid won’t impact our planet as long as we can predict its orbit within a reasonable degree of accuracy.

At over a mile wide, 1998 OR2 would cause some serious problems if it were to impact our planet directly. It might not be a true “planet killer,” but it would absolutely devastate the area in which it came down. We don’t have to worry about that, which is obviously good news, but many astronomers believe Earth is overdue for a serious asteroid impact event.

Observational technology has revealed many of the space rocks that could pose a threat to Earth, and so far it would appear we’re getting quite lucky. 1998 OR2 isn’t going to hit us, it’s respecting social distancing, and it even remembered to wear a mask. What a thoughtful space rock.