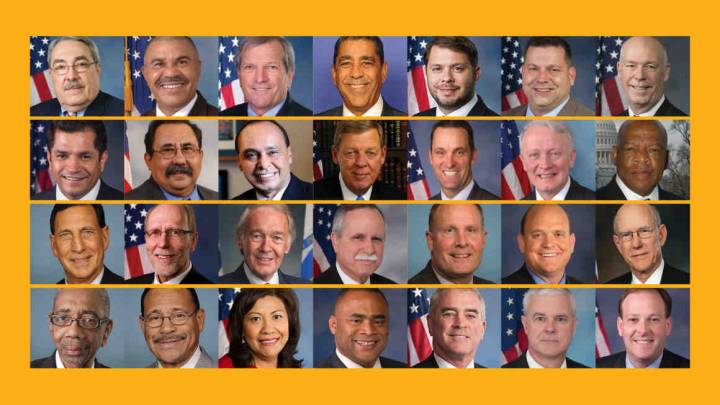 Identifying a criminal can be tricky for law enforcement when they’re on the hunt for a wanted person, which is why many agencies have begun to lean on technology for help. Facial recognition systems have gone from a goofy sci-fi plot device to real-world use, but they’re not always super accurate.

In a new series of tests by the American Civil Liberties Union a whopping 28 members of Congress have been matched by Amazon’s Rekognition facial identification software with mugshots of known criminals. The software, which is reportedly already in use by a number of law enforcement agencies, apparently has some very serious limitations, especially when used with its default configuration.

The ACLU organized its test by taking 25,000 publicly-available police mugshots and then asking Rekognition to compare those images to photos of all 535 members of Congress. When the results came in, 28 lawmakers had been positively identified as matching the faces of known criminals.

“The members of Congress who were falsely matched with the mugshot database we used in the test include Republicans and Democrats, men and women, and legislators of all ages, from all across the country,” the ACLU explains. “The false matches were disproportionately of people of color, including six members of the Congressional Black Caucus.”

The software is quite affordable to use, and the ACLU says that the entire test only set them back $12.33. However, while its accuracy would seem to be less than stellar, Amazon has since come to the defense of its facial recognition system, telling The Verge that the ACLU used the default configuration rather than tweaking the settings to decrease the chances of a false positive.

“While 80% confidence is an acceptable threshold for photos of hot dogs, chairs, animals, or other social media use cases,” an Amazon representative said, “it wouldn’t be appropriate for identifying individuals with a reasonable level of certainty.” Amazon instead recommends that law enforcement agencies use a higher confidence threshold when attempting to identify wanted individuals. The company says it advises at least a 95 percent threshold.

That said, what are the chances that every law enforcement agency is actively customizing the system’s settings and not just using the default configuration? If the Rekognition system is used in its default configuration, and if law enforcement officers put too much trust in it, it could result in lots of innocent people being questioned or detained for crimes they had no part in.