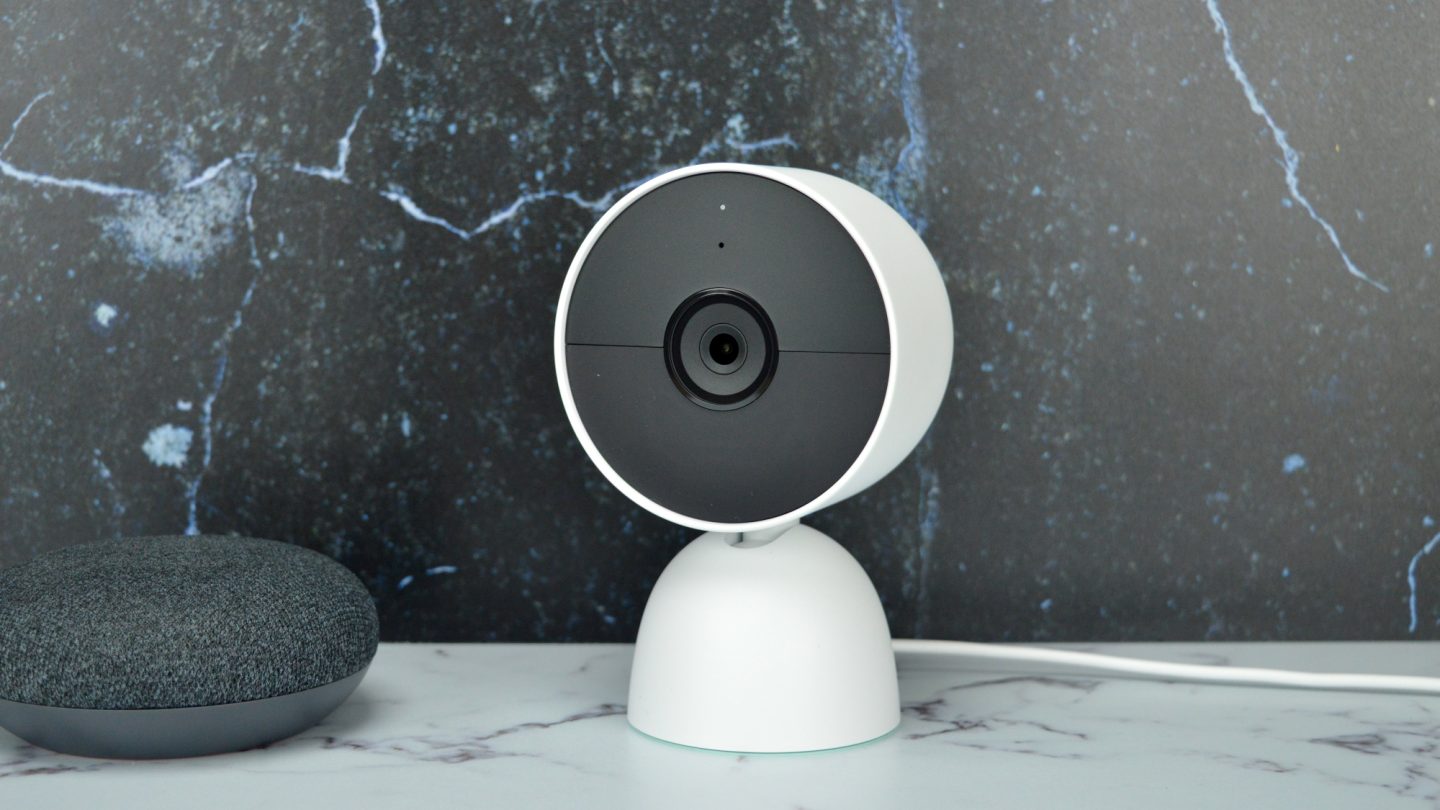 Google’s Nest has long been one of the best ways to get started in the smart home, through its much-loved Learning Thermostat, but also through its range of cameras, the new Nest Mini speaker, and more. Recently, Google expanded the Nest smart home device family, with the new Google Nest Doorbell, and Google Nest Cam.

For our review of the Google Google Nest Doorbell, you can head here. For this review, however, we’re focusing on the battery-powered Google Nest Cam. It replaces the previous-generation Nest Cam, has a battery for wired or wireless use, and works indoors and outdoors. But does it actually perform in a world of more and more smart home products? I’ve been using the Google Nest Cam to find out.

Note, the device is available in a wired-only model for $99.99, and in a floodlight model for $279.99. Both of those will be available for purchase “soon.” We’re focusing on the battery-powered model in this review. 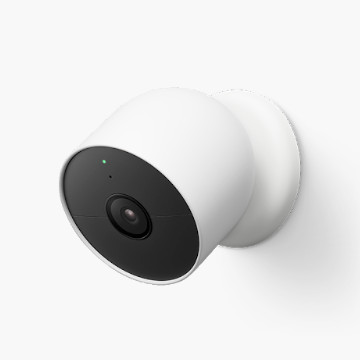 Google seems to be unafraid of making a big, unapologetic device these days. The Nest Doorbell is much bigger than you might assume — and the same is true for the Google Nest Cam. For most, the size of the Nest Cam shouldn’t be an issue, but some might find it a little unwieldy. The camera itself is a little over 3 inches wide, but with the table-top stand it measures around 5.5 inches tall.

By default, in the box, you’ll get a wall mount that works magnetically and allows you to articulate the camera to point exactly in the direction you want. It works really well — but you will need to keep in mind that there’s really nothing stopping someone from simply walking up to the camera and detaching it from its magnetic base, as long as they can reach it. It’s probably worth placing it out of reach, if possible. You can get a table stand as an optional accessory, which keeps the camera powered as well. It costs extra though, and if you plan on using your camera in this way, it may be worth simply waiting for the cheaper wired option.

The camera offers an all-white design with a black face, and it looks good. It’s clearly built from premium plastic, and never felt cheap or easily breakable. It’s also weather-proof, so you can use it indoors or outdoors.

In the box, apart from the camera itself, you’ll get a USB charging cable and power brick. You’ll also get the appropriate accessories to attach the mount to a wall. The table mount is optional, and it comes with its own charging cable that allows you to constantly power the camera.

The 2021 Google Nest Cam is a little bulky, but it looks good, and is well-built.

Setting up the camera is simple. You’ll start by connecting the camera to a power source. Then, you’ll need to download the Google Home app if you don’t have it already. Tap the button to connect a new device, and the app should automatically find the camera. Then, follow the on-screen instructions and select your preferences. You’ll be asked if you want to enable things like Familiar Face Detection,  Presence Sensing, and more.

Setting it up physically is pretty easy too, depending on how you set it up. To attach the mount to a wall, you’ll need to be able to screw it in, so that can be a little harder if you want to mount it to a brick wall, for example. I only used it with the stand, so didn’t run into that issue.

Google is artificial intelligence company, and that extends to the Google Nest Cam. The camera offers a range of features to help you better secure your home and alert you when something is wrong. Unfortunately, however, many of these features are locked behind a subscription paywall.

Lets start with the included stuff, such as object recognition. You can define activity zones for things like doors, and you can select the types of things that should be recognized in that zone. For example, you can select for the camera to record video into your history if you see a person walking through a door, but not if an animal is detected in that zone. It’s a smart way to handle event recording, and allows you to select different settings for every zone.

The camera can differentiate between seen and heard events too, however this is where we start dipping into paid features. You can get a notification on your phone if your camera hears a carbon monoxide alarm, smoke alarm, or glass breaking, but only with a Nest Aware subscription. This doesn’t really make sense to me — it seems like a feature that should be available to those without a subscription too.

Another paid-only feature is Familiar Face Detection. This feature can apply to specific zones or to the camera a a whole, and is available to both tiers of Nest Aware subscription.

There is one feature completely missing from the camera — Google Assistant. The Nest Cam IQ allowed users to access Google Assistant straight from their camera, without needing to use a Google Home or another Assistant-powered device. It would have been nice if Assistant were on option on the Nest Cam.

The camera has you covered in the event of a power outage, for up to an hour. Since it has a battery, it won’t lose power, and it has enough on-board storage to record up to an hour of video, which it will upload to the cloud when connectivity is restored.

If you haven’t used the Google Home app before, it’s relatively seamless and easy to use. It can be a little tricky to find some of the settings, like Activity Zones, but once you get used to it, it’ll be easy. Also, the iOS version of the app was a little buggy in my use. Sometimes, it put interface elements over others, and sometimes it failed to turn the camera on. The Android app worked better.

If you’re looking for a 4K camera, this ain’t it. But the camera quality in general is still solid. The Google Nest Cam offers a 1,080p resolution, with support for HDR, at 30 frames per second. It has a 130-degree field-of-view. That’s not quite as high as some other cameras out there — for example, the Arlo Ultra has a 180-degree field-of-view, though it’s also a lot more expensive. But it’s not bad, and most will be able to see what they need through this camera.

The Nest Cam also offers a number of features you would expect, such as Night Vision, which means you’ll be able to see what’s happening even when it’s dark. Alternatively, a Nest Cam Spotlight is on its way, but we didn’t test that out.

Generally, the video quality was fine. You’re not going to get the super-fine details that you would get with a 4K camera, but the vast majority of users don’t need that anyway. It’s bright enough for most use, and should capture what you need it to.

The 2021 Nest Cam is a great camera. It’s super smart, is versatile in setup, and comes at a solid price. In fact, barring the fact that it doesn’t come with Google Assistant built in, if you’re looking for a security camera for your Google Home setup, this is absolutely the way to go — however keep in mind that some of its best features are locked behind a paywall. 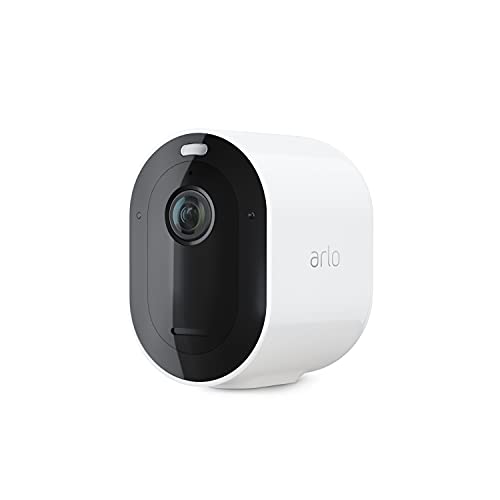 If you live strictly within the Google ecosystem and want to use only the Google Home app, you can’t do better. But there are cameras that are a little more versatile in where you can use them. For example, Arlo’s cameras work with Google Assistant, Alexa, and Apple’s HomeKit. If you’re not firmly invested in one ecosystem yet, it’s worth either deciding on one once and for all, or buying a camera that can work with multiple.

To be clear, if you’re an Alexa user, you should go for something from Ring or Blink. If you’re a HomeKit user, look at Logitech’s cameras. And, if you’re a Google user, the Nest Cam is a great option.

Should I buy the Google Nest Cam (Battery)?

Yes, but only if you’re firmly planted in Google’s ecosystem, and want something battery-powered. The Nest Cam is a super-smart and high-quality security camera. 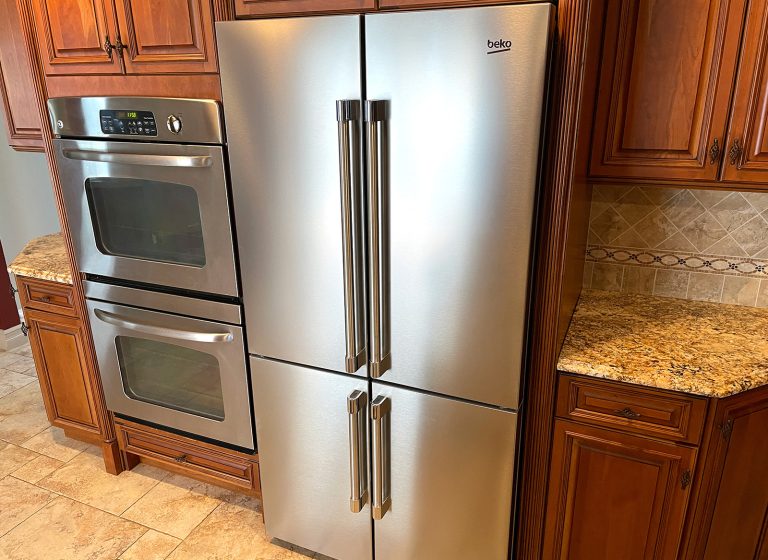