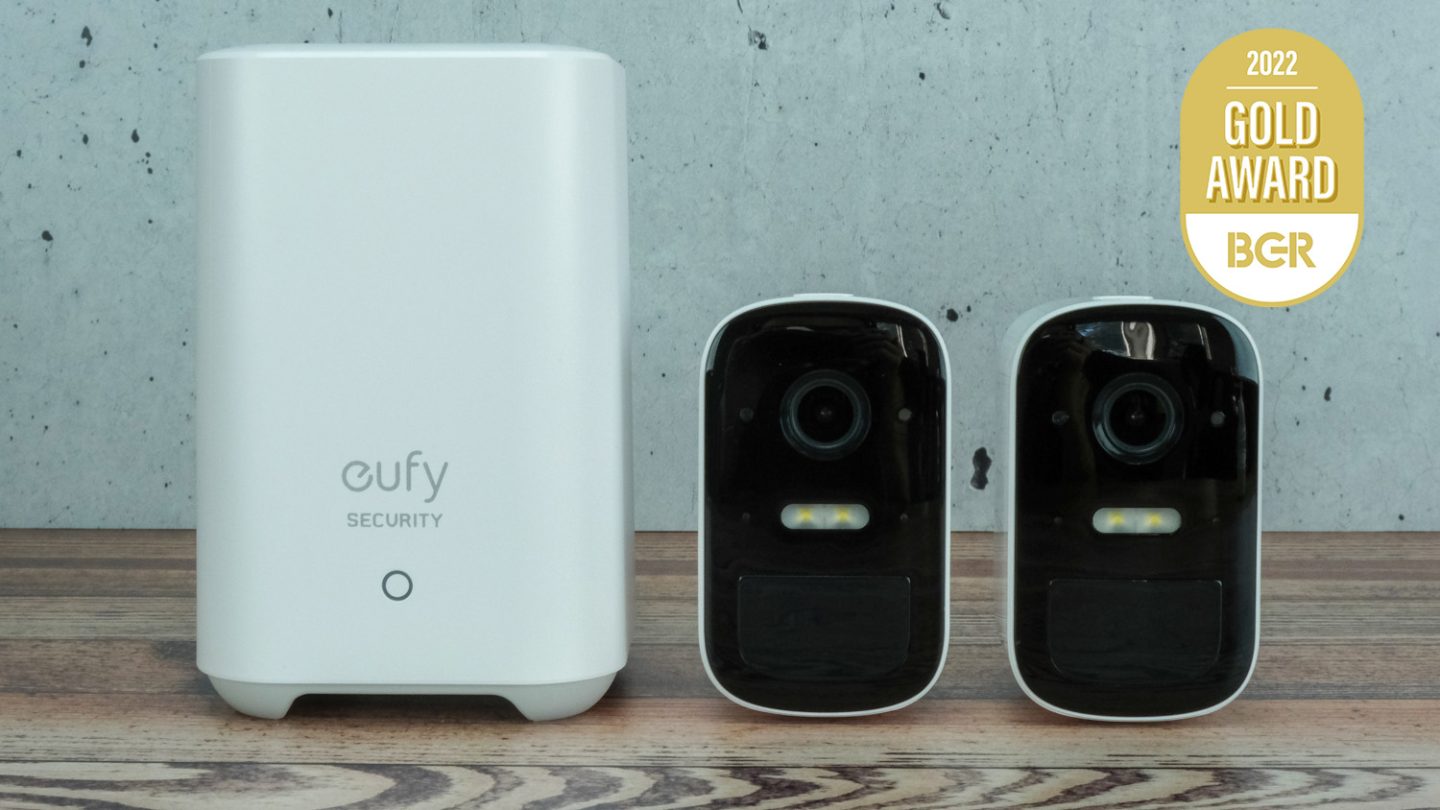 The smart security camera business is largely dominated by the likes of Arlo and Amazon, but there are other players in the game. Eufy may not be perhaps as well known in the U.S. as the others. But on paper, some of its cameras are the most versatile out there, thanks to the support for standards like Apple’s HomeKit Secure Video. That, in fact, is what piqued my interest in the EufyCam 2C Pro.

The EufyCam 2C Pro goes beyond HomeKit support though. It works with Alexa. It works with Google. And, it offers a 2K resolution in the process. It’s also relatively inexpensive. At $319.99 for a two-camera kit, it undercuts the likes of Arlo, plus it allows customers to go subscription-free. But does it cut any corners to get there? I’ve been testing the EufyCam 2C Pro to find out. 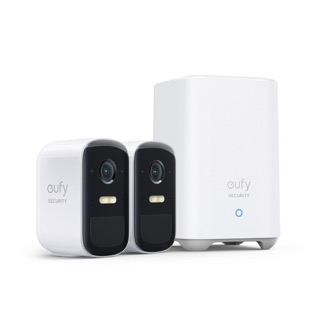 The EufyCam 2C Pro doesn’t reinvent the wheel when it comes to design, but it’s far from ugly. Like many other options out there, it has a white body with a black front side. The camera itself is built from plastic, but it feels relatively tough, and like it can withstand most day-to-day abuse.

On the front of each camera, you’ll find the main lens, with a small floodlight that can be used for the night vision, if you so choose. The side is where you’ll find the Eufy logo, while the back is where you can find a threaded screw for a mount. On the bottom is a rubber door that hides the charging port.

Unfortunately, the charging port is a MicroUSB port. Now that most devices like phones, laptops, and headphones have USB-C, USB-C cables are readily accessible in most homes. It’s really frustrating that users will have to pull out a MicroUSB cable every now and then to charge their security camera.

The camera itself isn’t the only part of the EufyCam 2C Pro setup. You’ll use the camera in conjunction with the Eufy HomeBase 2 hub. The hub connects to your Wi-Fi router, and then communicates with your cameras. If you buy more Eufy devices, you can use them with the HomeBase 2 as well. The HomeBase 2 is a little larger than many other smart home hubs. Most should be able to find a place to put it next to their router though.

As you would expect from a decently high-end security camera, the EufyCam 2C Pro offers a number of features to help you secure your home.

Speaking of not needing extra subscriptions, that’s actually one of the big advantages of this security system. Even without HomeKit Secure Video, you won’t need a subscription. That’s because the HomeBase 2 stores footage locally with its 16GB of storage. This footage can be accessed anywhere you have an internet account, as long as your home internet is online. Eufy says this footage is secured with AES-128 data encryption.

The battery life on the system is good too. According to Eufy, the battery on the camera will last up to 180 days. We didn’t have 180 days to conduct this review, so we were unable to test the accuracy of this claim.

The EufyCam 2C Pro works through the Eufy Security app, which allows you to see recorded footage, change your camera’s settings, and more.

The app is relatively easy to navigate, and it’s split up into four main tabs: Devices, Events, Security, and Explore. Devices, as you would expect, gives you a rundown of the cameras and other security devices you have set up, including a live view of those cameras when you want to see them. Events shows a chronological view of things that your cameras have captured. Security lets you change your security modes, lettering you change settings depending on your location. Last but not least, Explore lets you buy new devices for your system.

It’s generally a well-designed app, though I do wish users could get a little better control over notifications. Because I have the system set up with HomeKit Secure Video, I didn’t necessarily need most notifications from the app itself — but I would still like notifications when the camera’s battery is low. Instead, I had to set reminders to check the battery every few months, and disable notifications from Eufy altogether.

Still, that’s a minor complaint, especially given the fact that many will use the app the way it was intended anyway.

The EufyCam 2C Pro isn’t a 4K camera, but I found that footage captured from the camera was still more than good enough for the vast majority of situations. Users can either use the floodlight for low-light recording or instead opt for an infrared-based black-and-white night recording. I ended up going for the latter, but using the floodlight will yield more detailed footage.

In well-lit environments, the camera is excellent at picking up detailed footage. And, thanks to the 135-degree field of view, you’ll be able to see everything that goes on around it. The motion detection was generally very good too. While there were instances in which the camera started recording a split second after motion would have been detected, I never missed anything important because of it.

Each camera has a two-way audio system and a siren that can ring if and when needed. The audio is fine for use when needed. But, as you would expect, it’s not the most detailed audio out there. When motion is detected, the camera starts recording audio too, so you can hear what’s happening.

The EufyCam 2C Pro isn’t just an excellent camera on its own, I would argue it’s the best camera system for those that want something that works well with HomeKit. I love that you can store footage locally and don’t have to rely on a cloud subscription for your footage. Keep in mind, however, that if the power goes out, the system won’t be able to record video. As long as you’re comfortable with that, the EufyCam 2C Pro is the way to go, thanks to its solid design, excellent video quality, and range of features.

Should I buy the EufyCam 2C Pro