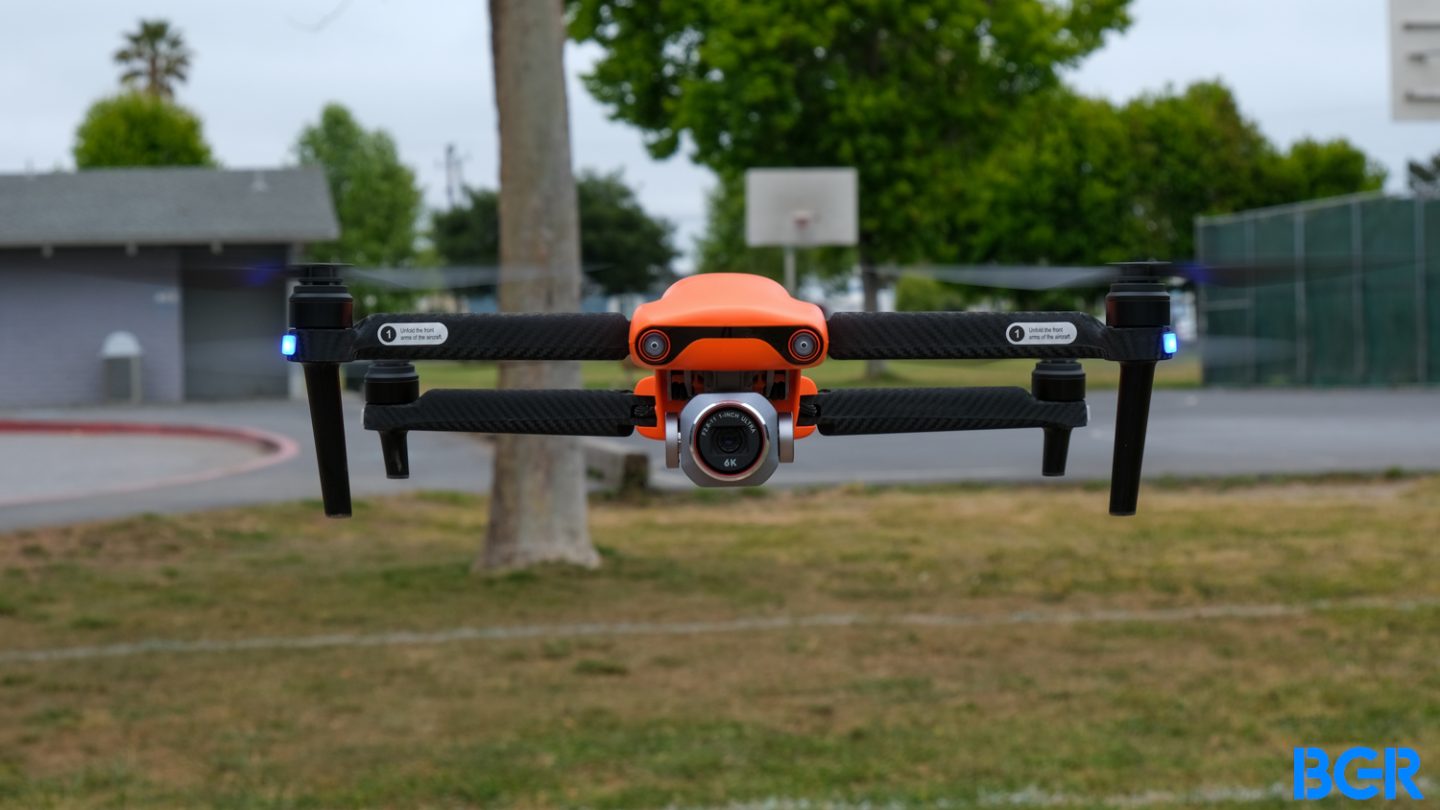 DJI is easily the go-to when it comes to consumer drones, and for good reason. The company has consistently built well-designed and easy-to-use drones that are a whole lot of fun to fly. But DJI isn’t the only drone company out there — and in fact, there are other companies that are making seriously compelling options. Like, for example, Autel, with the Autel Evo Lite+.

The Autel Evo Lite+ aims to compete with the DJI Air 2S, offering a 6K camera and premium features that you would want from a drone in this price range. But it’s not cheap — at $1,549 for the standard bundle and $1,849 for the so-called premium bundle.

Is it worth the cash? Well, it depends. But one thing is for certain: This drone is kind of a beast.

The Autel Evo Lite+ may be expensive, but it boasts an excellent camera and an incredible battery life. 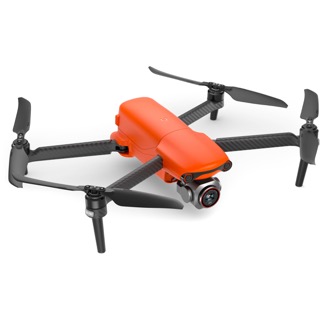 The first thing to note about the Autel Evo Lite+ is its design. It’s a good-looking drone, though it does, of course, take design cues from the likes of DJI. That’s not a bad thing though — the drone looks great, and offers a bit more personality with its colorful options. That doesn’t translate to being able to see it better in the air — at any distance, it just looks like a dot. But up-close, it’s a little more interesting.

The dimensions of the Evo Lite+ are pretty similar to the DJI Air 2S too — meaning that it’s a little bigger than the ultra-portable and light drones that you might find, but not as big as the most expensive drones. One big difference, however, lies in how much this drone weighs — it’s 1.8 pounds. That’s heavier than the 1.3 pounds of the Air 2S, but it could really help when it comes to being able to resist wind.

The drone is very easy to fold and unfold, and it’s easy to take out the batteries and replace them, using the two buttons at the back. It’s not quite as easy to take off and put back on the gimbal cover, but you’ll get used to doing so.

The design of the controller is important too — and maybe more important given the fact that you’ll be holding it more than the drone itself. The controller looks kind of like a game console controller — much more so than DJI’s controllers. As someone who games occasionally, that helps make using this drone a little more comfortable.

Unlike DJI’s controllers, unfortunately, this controller doesn’t have storage for the two thumbsticks. Instead, you’ll need to store them separately, which is a little annoying.

If you’ve flown another drone before, flying the Autel Evo Lite+ is a very familiar experience. Having just reviewed the DJI Mini 3 Pro, I was actually surprised at how similar the apps were — down to the placement of the take-off and land buttons, the map, and so on. I’m not complaining though — familiarity makes flying the device much easier than it otherwise would be. I enjoyed flying my drone over the ocean, local parks, and generally the area that I live in.

By default, the drone is set to “Novice” mode, which limits the height, speed, and distance your drone can go. This is helpful for getting used to the controls — but you’ll probably want to switch off Novice mode pretty quick. Then, you have three different modes to choose from: Smooth, Standard, and Ludicrous. They basically just change the speed at which the drone flies, with Ludicrous allowing the drone to fly at a hefty 42 miles per hour. You’ll have to be much more careful in this mode, as the obstacle avoidance tech doesn’t quite work at these speeds.

The Evo Lite+ comes with Autel’s SkyLink technology, which allows it to transmit at up to 7.4 miles of range. Now, all kinds of things can affect the range you’ll actually get, but generally, I found the drone to offer a similar range to the OcuSync 3-equipped DJI Mini 3 Pro, which offers a maximum transmit range of 7.6 miles.

The battery life is one area in which the Autel Evo Lite+ really shines. The drone is able to offer a battery life of up to a very impressive 40 minutes. That outshines most of the competition and means that you can fly the drone without having to worry quite as much about the battery draining quickly. I have the Premium Bundle, which comes with two extra batteries and a charger to charge all three batteries at once.

The excellent battery life really does make a difference. We’re nowhere near a time when we won’t have to worry about drone battery life at all, but until that having a battery life that lasts this long is super helpful.

The battery of the controller is pretty good too. You won’t need to charge it more than once every three or four times that you take the drone out flying. I never fully drained the battery, and didn’t really come close either.

The Autel Evo Lite+ is equipped with a solid camera that can take great video and still shots. Not only that, but it also has the controls and features to make capturing smooth video relatively easy, which is always helpful.

When it comes to camera specs, the Evo Lite+ has a 1-inch CMOS sensor with a 6K resolution and an f/2.8 to f/11 variable aperture. This allows the camera to capture great footage and images regardless of how much light it can get — and in fact, the drone even has a night mode for better low-light video. The camera can zoom to 2x with optical zoom, or 4x with digital zoom.

Video is vivid and detailed, with good color reproduction, and support for HDR. And, if you use it for still shots, you’ll be able to get solid still shots too. It’s able to capture 4K footage at up to 60 frames per second, or 6K at 30 frames per second, which is quite good. Pros will probably want to mess with the exposure settings though — the drone has auto exposure on, but there is an AE hold option

As mentioned, there are a few handy video modes to take advantage of. For example, the drone offers two tracking modes. One will keep the drone stationary, but move the gimbal to track a subject, and the other will allow the drone to move, following a subject. There are also controls to take quick shots, like telling the drone to rocket, sweep to the side, and so on,

The Autel SkyLink app is relatively well-designed and easy to navigate, though you’ll definitely have to take some time to get used to navigating it.

From the main screen of the app, you’ll be able to access your album of captured footage, a section for tutorials, and your profile. And, of course, you’ll also be able to dive into actually flying the drone.

The flight screen is a little more confusing, but not overly so. The default view shows a stream from the drone’s camera, with a small map in the bottom left corner — which you can make the main view if you want. You’ll also see buttons to take off/land the drone, and tell it to come home. You’ll also see buttons to control the camera, including controls to start and stop filming, take a still shot, and more. You can alternate between a view with all the controls on the screen, or a view with only the video feed on the screen, which might be better for those flying for fun rather than to actually capture footage.

The Autel Evo Lite+ is an excellent competitor to the likes of the DJI Air 2S. It’s fun to use, offers an excellent camera, and can get super fast. It’s also a little more unique in design than DJI’s offerings.

While expensive, the drone has some things going for it that you won’t get from drones like the Air 2S — notably the variable aperture.

Should I buy the Autel Evo Lite+

Yes, but you should make sure the DJI Air 2S isn’t what you want first.