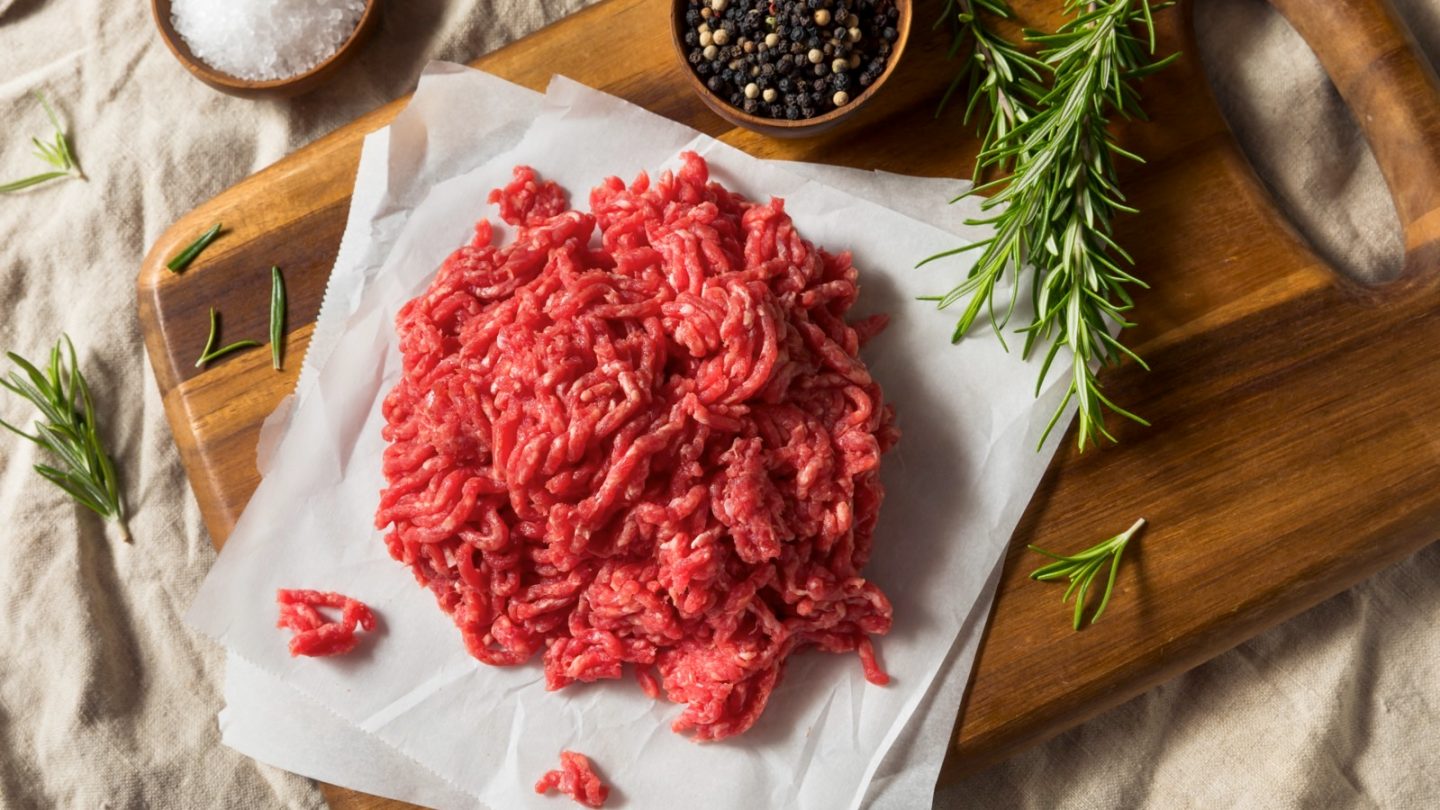 Whenever routine testing detects the presence of harmful bacteria in food, authorities issue warnings and recalls for the impacted products. One particular strain of the E. coli bacteria is often responsible for health alerts and recalls: O157:H7. That’s the strain that Consumer Reports discovered while testing a sample of Kroger-brand ground beef. As a result, the group issued a health alert.

If you have this particular type of meat in your fridge, you should throw it out immediately even if there’s no official recall in place yet. Otherwise, you risk developing an E. coli infection.

Consumer Reports announced the discovery on Wednesday. The consumer advocacy group tested a 93% lean ground beef package that was purchased on December 30th. The meat has an “Establishment” (EST) marking number of 965, which is the plant that processed the meat. The “use or freeze by date” is 1/11/2022, which means you might still have the ground beef from the health alert in your fridge or freezer.

There’s no recall in place for the product at this time. But the Consumer Reports experts warn buyers to check their Kroger-branded ground beef and throw it out if it has the same establishment or “use or freeze by” date.

The Kroger ground beef that might contain E. coli was sold at various Kroger stores, as well as Fred Meyer, Harris Teeter, Ralphs, Dillons, and others.

Consumer Reports has already contacted the Department of Agriculture about the findings. A spokesperson said the agency has “a zero-tolerance policy” for the O157:H7 E. coli in ground beef. The agency is “continuing to investigate this situation to identify all possible associated products that may be adulterated and in commerce and will initiate action accordingly as soon as possible to protect public health.”

Meanwhile, Kroger informed the consumer group that it has initiated an investigation.

If you have the ground beef meat from the health alert in your freezer, you should throw it out. As Consumer Reports explains, there’s no easy way to tell whether your batch contains E. coli traces.

“The most pressing concern is that consumers could have this ground beef in their freezer, and very cold temperatures don’t kill this bacteria,” Consumer Reports’ James E. Rogers said. “And there’s no way to tell if the ground beef contains the harmful bacteria by just looking at or smelling it.” Rogers is the director of food safety and testing at Consumer Reports.

Rogers further explained that “ground meat is riskier than whole cuts of meat because it can be made from multiple animals—so if one carries E. coli, it can contaminate an entire batch. And in the grinding process, any bacteria present can get mixed throughout the meat.”

E. coli is frequently found in the intestine of healthy people and animals. But the O157:H7 strain is problematic because it can lead to troubling symptoms. That’s why Consumer Reports issued this health alert for the Kroger ground beef.

Signs of an infection can appear 3-4 days after exposure to the bacteria. In some cases, symptoms can occur earlier or much later than the 3-4 day estimate.

Symptoms can include diarrhea, stomach cramps, fatigue, nausea, and vomiting. Some people might also develop a fever. These symptoms are similar to other food-borne infections. A proper diagnosis is only possible through testing. Of course, symptoms like fever might be even more concerning during the pandemic.

An E. coli infection should pass within 5-7 days and won’t require treatment in most cases. You’ll need to drink plenty of fluids, however. Some people might develop a potentially life-threatening complication called Hemolytic Uremic Syndrome (HUS).

You should contact your doctor if you experience any of these symptoms, especially if they get worse.