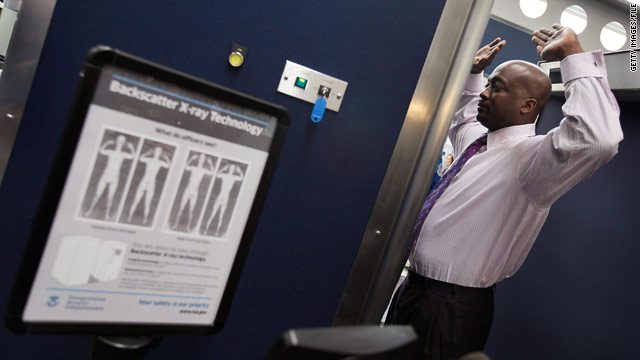 Just in time for the busy holiday travel season, the U.S. Department of Homeland Security has changed the rules of airport protocol to allow TSA agents to force certain passengers to go through the Advanced Imaging Technologies (AIT), even if they want to opt out and would prefer a pat-down.

READ MORE: Gas prices hit $1.60 a gallon or lower at these locations across the country

Although the updated rules appear to have been implemented on December 18th, ProPublica journalist Julia Angwin was one of the first to point it out on Tuesday afternoon.

In order to ease the minds of any nervous travelers who have preferred to opt out in the past, the DHS makes it clear that not only is the AIT incapable of storing any of the images it captures, but also that “the Automatic Target Recognition (ATR) software replaces the individual’s image with that of a generic figure.”

The image above is what (we’re told) a TSA agent sees after scanning your body. If even that makes you uncomfortable, you can still attempt to opt out in the future, but the “threat detection capabilities” are such an improvement over a standard pat-down that the DHS is doing everything it can to force passengers through an AIT scanner.