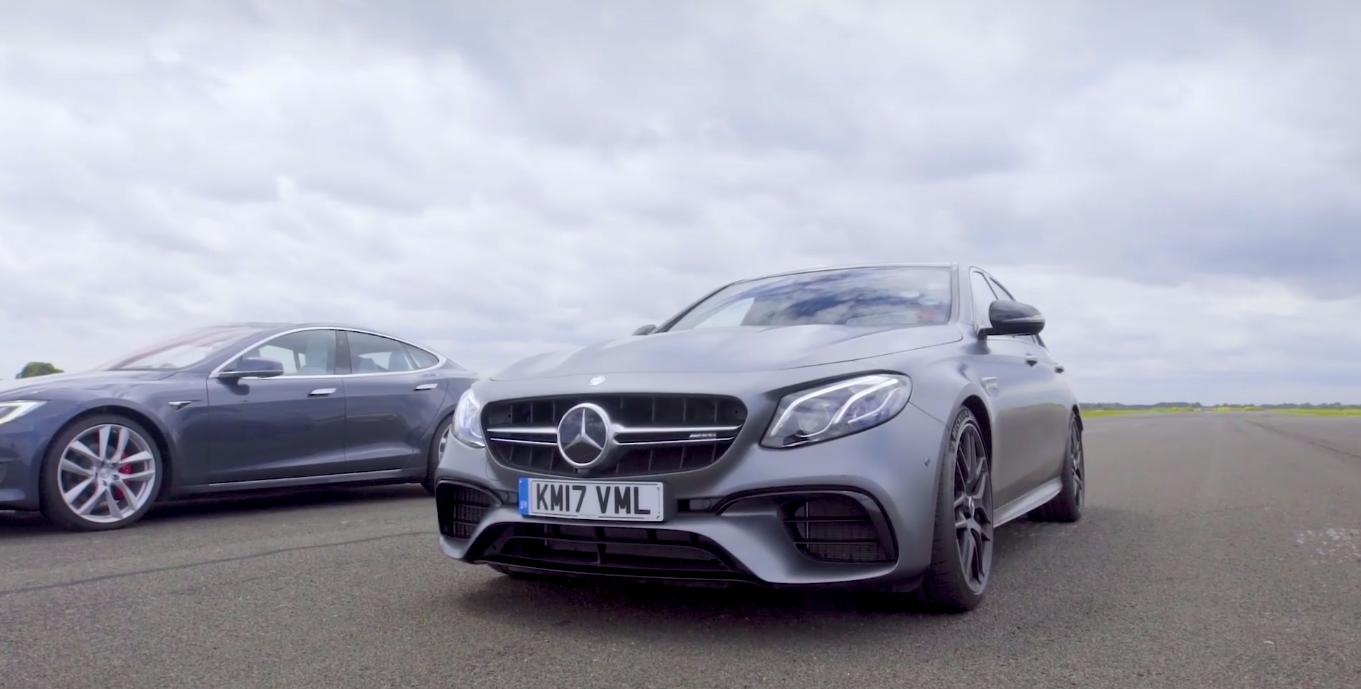 At this point, drag-racing a Tesla Model S P100D against [insert gas-powered car here] is a foregone conclusion. The Tesla’s electric motors can produce massive amounts of torque right off the line, which means that any gas engine isn’t going to come close to the 0-60 times.

But Top Gear wanted to thoroughly test the limits of the Tesla’s speed, so they put it up against a Mercedes E63 AMG 4-door sedan, the answer to every engineer’s question of “how far is too far.”

The result really isn’t surprising at all: the Tesla takes the Mercedes by a couple car-lengths. It beat it off the line, and there wasn’t really a hope of a comeback at any point. If the race had been twice as long, the Mercedes may well have caught up — electric cars suck at extremely high speeds, where air resistance is more of a factor — but over a standard drag-race distance, it’s humbling to see just how fast the Tesla is.

The video did showcase one other thing, though: Tesla’s aren’t nearly as reliable or intuitive as the gas-powered cars. We’ve been conditioned by years of driving to expect certain controls and processes, and by all accounts, driving a Tesla is a big change. That showed up here, as the driver of the Tesla had to turn the car off and on again just to get it to start.