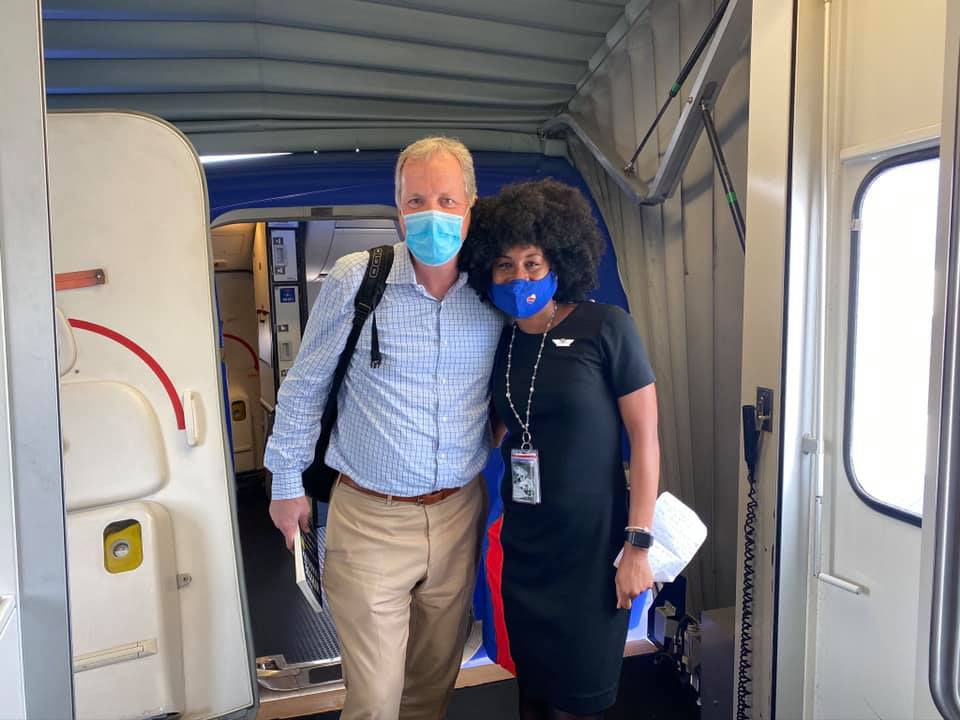 It has been a trying and traumatic week so far in America, with good news and moments of inspiration and hope certainly hard to come by. But JacqueRae Hill, a flight attendant from Dallas for Southwest Airlines, has given everyone just that.

A few days ago, she drove to work with a heavy heart, as she explains it in a post on her Facebook page. Hill, emotionally wrecked due to everything from the killing of George Floyd by Minneapolis police to the unrest in major cities around America, decided to “really go to God with my thoughts” as she was driving to work, because she already knew it would be hard to smile with everything going on. As she begins her shift and starts to board the first flight of the day, she spots a white passenger — who Hill doesn’t recognize was American Airlines CEO Doug Parker — reading a book she’s had on her own reading list to eventually get to: White Fragility: Why It’s So Hard for White People to Talk about Racism, by Robin DiAngelo.

Hill, who is black, decides to strike up a conversation with Parker. “Hey, how are you?” she greets him. “I see you are reading that book … so how is it?” I’m only halfway through, he responds, adding that what he’s read so far is “really good. It really points out how important these conversations on race are.”

At that point, Hill starts crying. She couldn’t help it, she later explains — it was the release from bottling up emotions for days, feeling like she just wanted someone to say they understood what she was feeling. He apologized and went on to talk with her about how “it’s our fault that this is like this.” And that “we have to have these conversations.”

“As our conversation came to an end he asks me my name I told him JacqueRae and then he said well I’m Doug Parker the CEO of American Airlines. I told him my mother works for him in DC and then I reached over and gave him a BIG HUG ! I HAD TO!! (yes we were both masked) I thanked him for being open and allowing this conversation to happen because I just needed to hear it and I walked off … On his way off the plane he hands me a handwritten note and I thank him again and ask for this pic,” referring to the image of the two of them together, above.

“The best I could do was tell (Hill) that the book talks about how white people are horrible at talking about racism and that what we need are real conversations,” Parker said, according to USA Today. “She agreed. I told her I was trying to learn and through tears and a mask, she said, ‘So am I.’ ”

Parker, who’d caught the Southwest flight because his own airline was booked (remember, lots of carriers are flying on scaled-backed schedules because of the coronavirus pandemic), identified himself at the end of his conversation with Hill, who told him that her mother works for American Airlines as a customer service manager.

Parker sent the following message to Hill’s mother, including a compliment about Hill: “How did we let her go to Southwest?”