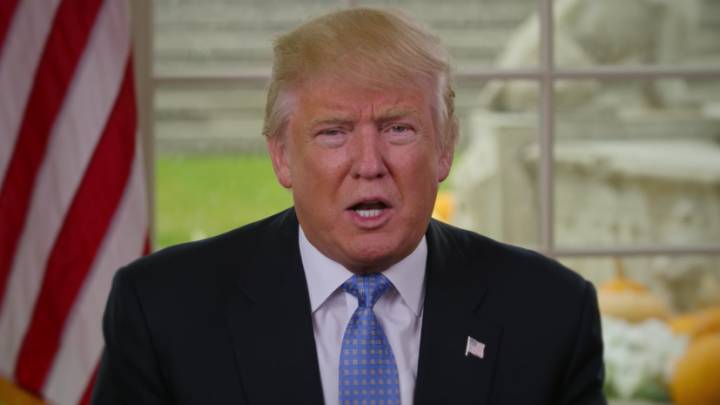 President-elect Donald Trump and his team are currently busy working on their transition. In fact, they even created a special YouTube channel called Transition 2017 where Trump can issue addresses to the nation whenever he feels like it. After all, thanks to YouTube, you can instantly reach a massive audience while simultaneously skirting the media and its inopportune questions. After updating the country on the transition progress the other day on YouTube, Trump is back with a Thanksgiving address.

The President-elect is apparently looking to repair his relationship with all Americans, including the ones who didn’t vote for him. “It’s my prayer that on this Thanksgiving we begin to heal our divisions and move forward as one country strengthened by shared purpose and very, very common resolve,” Trump said.

“We’ve just finished a long and bruising political campaign, emotions are raw, and tensions just don’t heal overnight,” he added, stating that Americans have the chance to “make history together to bring real change to Washington, real safety to our cities, and real prosperity to our communities, including our inner cities so important to me and so important to our country.”

He did not say “make America great again” during his brief speech, although he alluded to his viral campaign motto.

The message appears to have been recorded at the same time as Trump’s previous YouTube address, considering that Trump is wearing essentially the same clothes, and the wind is blowing just as fiercely in the background.

Posted online late on Wednesday, the video has generated more than 760,000 views so far — check out the full video below.