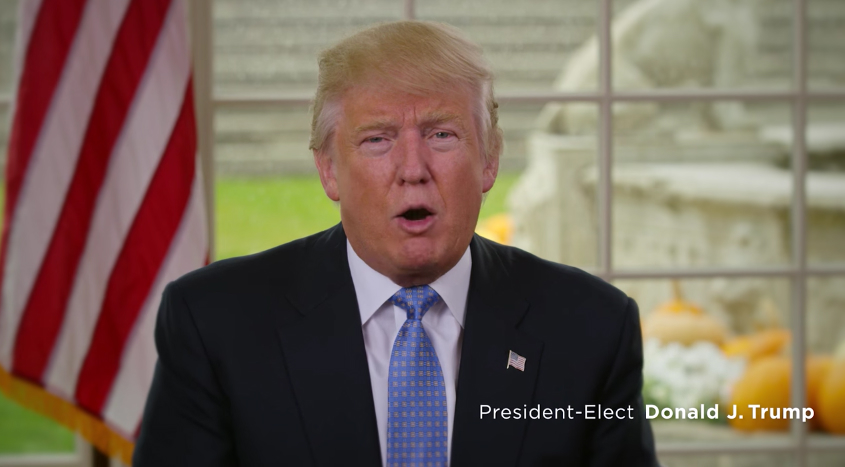 Press conferences are so boring, particularly because the press (you know, the ones working against you) will look to sabotage you by asking all sorts of questions. If you’re President-elect Trump, then there’s a way to avoid holding a press event where you’d be peppered with questions about your transition and your 100-day plan. You post a YouTube address, where you can tackle all these topics without any nasty interruptions. But hey, at least Trump did refer to cyber attacks in a way that makes him look like he knows what he’s talking about.

Trump won his presidency with the help of Facebook and Twitter, so technology innovations will surely continue to help him along the way. YouTube is obviously the best way to get video messages out to the masses, so we can expect Trump to use it all the time. President Obama used YouTube as well, but what’s interesting about Trump’s approach is that he’s yet to hold a formal press conference about the transition.

The last time Trump spoke publicly was during his acceptance speech. Since then, he has continued to make remarks via Twitter, and he also had a — productive? — off-the-record meeting with the press.

As for the contents of this YouTube address, you can check it in full below. In less than three minutes, Trump says that he’ll make America great again twice, and he lays out some of his plans for his presidency. Don’t expect any specific details, but there’s plenty of great rhetoric.

Also worth noting is that the video was uploaded some 12 hours ago on a Transition 2017 YouTube channel. That seems to imply that Trump’s team will use it in the future for similar releases. Trump says that he’s going to share “more updates in the coming days,” which seems to suggest that a formal press conference might not happen anytime soon.