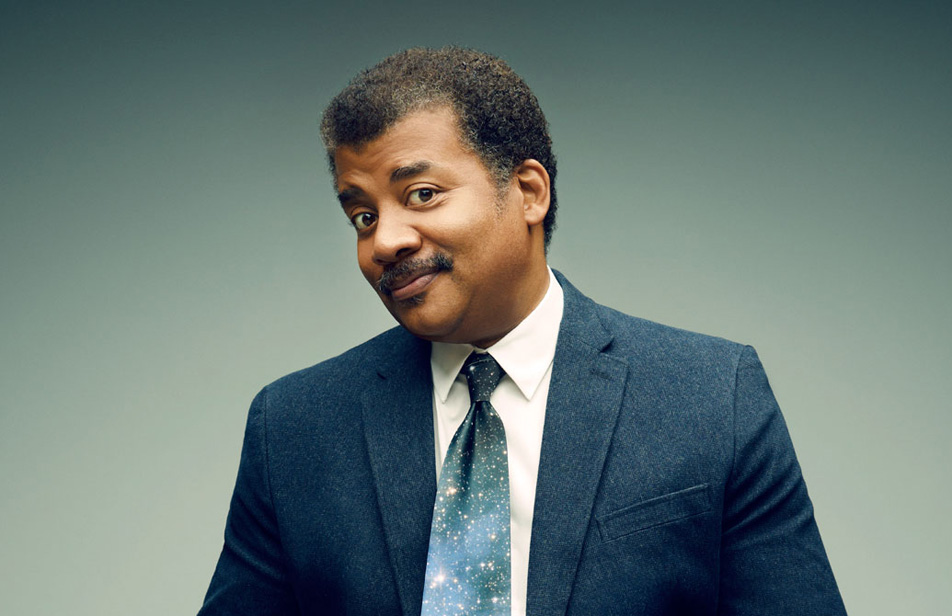 Neil deGrasse Tyson was not among those of you unreservedly cheering the implications of Jeff Bezos’s tweet last week announcing that the Amazon founder’s private space venture had sent a rocket on a test flight up to almost 330,000 feet and successfully landed it back on earth.

I know, because I interviewed Tyson himself a few weeks ago, and one of the things we talked about – which didn’t make it into my piece then – was his disappointment with how private space efforts seem to be leapfrogging the government’s interest in funding and pursuing such things.

Sure, the famed astrophysicist is happy these kinds of things get us collectively looking to the stars. Indeed, each new advancement by space-obsessed billionaires like Bezos, Elon Musk and others tends to be met not only with predictably breathless coverage about how much closer we are to conquering the final frontier but also how these accomplished men with a singular vision are pressing forward at a time when governments don’t seem to have as much appetite for exploration anymore.

“Private enterprise will never lead a space frontier,” Tyson told me in a phone interview. “In all the history of human conduct, it’s as clear to me as day follows night that private enterprise won’t do that, because it’s expensive. It’s dangerous. You have uncertainty and risks, because you’re dealing with things that haven’t been done before. That’s what it means to be on a frontier.”

Imagine a meeting between a space-obsessed entrepreneur and a venture capitalist, Tyson suggested. “We want your investment.” For what? “To go to space.” Why? “We want to put humans on Mars.” How much will it cost? “A lot. People might die.” What’s the return on investment? “Probably nothing in the short term, but later on you’ll make money.”

It’s not a perfect comparison, since the likes of Bezos and Musk have deep enough pockets to fund much of what they want to do, but the larger point remains.

“The government is better suited to these kinds of investments,” Tyson told me. “They have a longer time horizon. They’re not shackled to quarterly reports like you see in a private enterprise.”

A few months before he died in February, legendary New York Times reporter David Carr wrote a post for Medium in which he said a version of that same thing. His post suggested we as a country have lost something by deferring to well-financed geeks with fungible priorities when it comes to our space program.

“Why spend money on space, which is and always has been a non-economic endeavor?” Carr wrote. “In part, because we are still coasting on the achievements of the giants who came before us. We have let them down, let ourselves down, and become a country where dreams and aspirations are shrinking. We create magical devices — manufactured elsewhere — that sit in our palms and can tell us there is good pizza around the corner, but we can’t get our hands around a version of our future that unpacks the mysteries of the great beyond. America is no longer that kind of place, that kind of country, that kind of ideal.”

Given the kinds of things national lawmakers busy themselves with arguing over these days, the secrets of the cosmos probably aren’t sliding up the list of strategic imperatives anytime soon. And so the race to space by big money expeditionaries continues, while the press and public understandably gawk – and wonder.

By themselves these are of course laudable feats. In his first-ever tweet last week, Bezos – who backs the privately funded space company Blue Origin – happily announced his venture’s landing of a rocket on earth after having sent it out into space. Video of the landing, shown below, captured the historic descent to earth of Blue Origin’s New Shepard space vehicle, named in honor of Alan Shepard, the first American in space.

Reusable rockets are everything when it comes to a sustainable vision of human space travel. It just doesn’t work if they’re all completely spent after coming home from a mission. Bezos said as much in a post-landing statement, saying “Full reuse is a game changer, and we can’t wait to fuel up and fly again.”

For his part, SpaceX CEO Elon Musk is expected to try again in a few months to land his company’s Falcon 9 rocket after previous landing attempts on a floating platform failed for a variety of reasons. It should also be noted – his and Bezos’ efforts don’t lend themselves to perfect comparisons. Blue Origin’s recent flight took its vehicle just a hair above 100 kilometers. SpaceX is designing rockets to soar to more like 90,000 kilometers.

Nevertheless, celebrations were in order last week. Video of the New Shepard landing showed the Blue Origin team, with a champagne-popping Bezos at the center, cheering, ecstatic, no doubt already giddy over the prospect of more launches and landings to come.

“We are building Blue Origin to seed an enduring human presence in space, to help us move beyond this blue planet that is the origin of all we know,” Bezos said in a blog post. “We are pursuing this vision patiently, step-by-step. Our fantastic team in Kent, Van Horn and Cape Canaveral is working hard not just to build space vehicles, but to bring closer the day when millions of people can live and work in space.”

He ends the post with the Latin phrase Gradatim Ferociter.

It can loosely be translated, “Step by step, ferociously.”