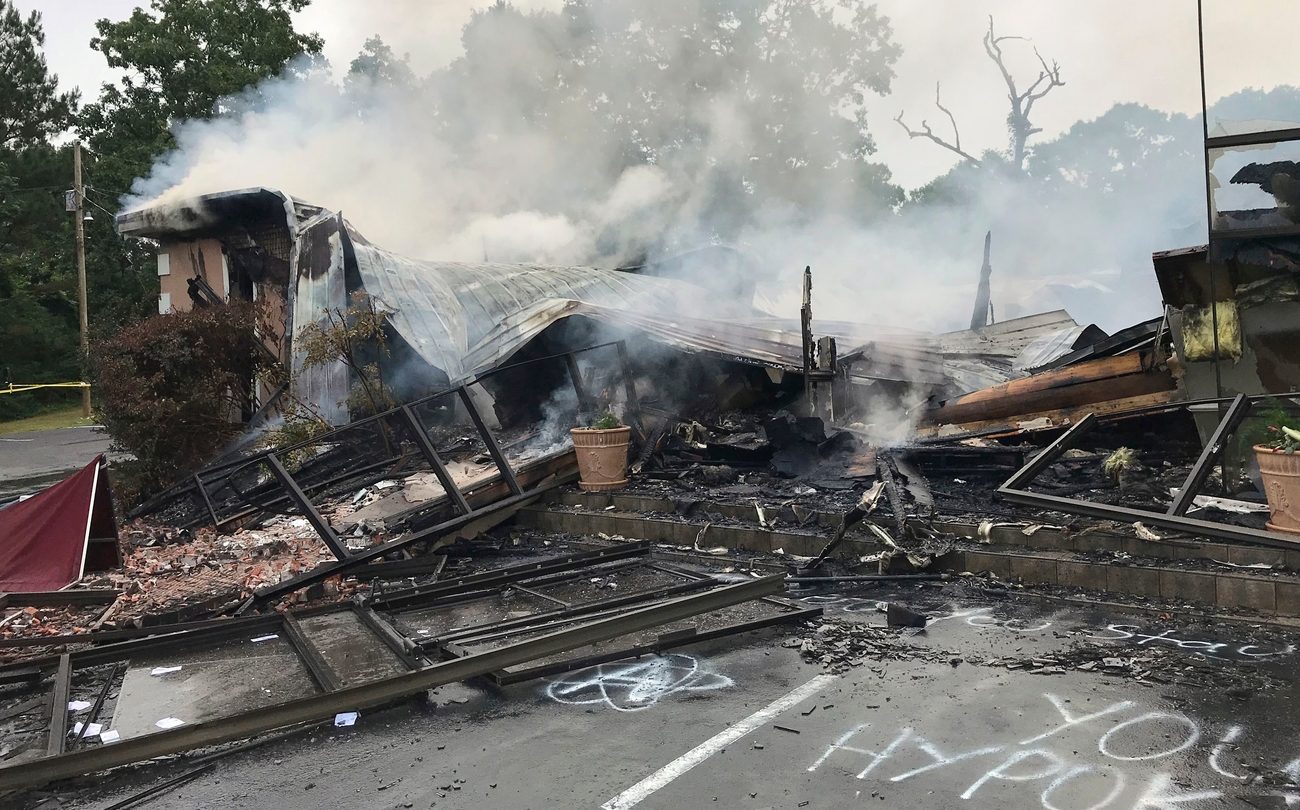 The smoldering embers left from a small-town Mississippi church fire this week — which authorities believe was the work of an arsonist due to parking lot graffiti that read: “Bet you stay home now you hypokrits” — comprise one of the starkest examples to date of how coronavirus-related strictures are prompting outlandish reactions in opposition to them.

The First Pentecostal Church in Holly Springs was burned down on Wednesday, about a month after a lawsuit was filed on behalf of the church against the coronavirus-related restrictions on large gatherings in the city. “We’ve kind of racked our brains and we have no idea,” church pastor Jerry Waldrop told reporters. “No enemies that we know of. We don’t know anyone that we even think could be capable of doing something like this.”

In a tweet following the church fire, Mississippi Gov. Tate Reeves said he was upset about what happened and that the country is in need of prayer:

I am heartbroken and furious. In Mississippi, a church was just burned to the ground. They had been trying to open services. There was graffiti on the lot which read “Bet you stay home now you hypocrites.”

What is this pandemic doing to us? We need prayer for this country. pic.twitter.com/TdGHqs9evv

The parking lot graffiti scrawled outside First Pentecostal Church seemed to be a tortured reference to the lawsuit the church filed last month against the city of Holly Springs that alleged police officers had interrupted a Bible study and Easter service. According to Holly Springs City Attorney Shirley Byers, almost 40 worshipers were not following social distancing guidelines inside the church, leading to a citation issued on April 10.

Mississippi has seen more than 12,000 coronavirus cases thus far, along with 580 deaths as of the time of this writing, according to the latest official figures.

On Monday, Gov. Reeves’ “safer-at-home” order for the state is set to expire, paving the way for churches to begin operating as so-called “essential” businesses. Indoor gatherings would still have to be limited, however, and the churches are also being asked to still follow public health guidelines related to things like social distancing to keep the virus from spreading out of control.

Meanwhile, while speaking to reporters on Friday, President Trump called for churches across the country to be reopened immediately and said they should be regarded as those so-called essential businesses by state and local officials. Specifically, Trump’s call was that state governors should get the process started on church reopenings — even though churches have been seen in some places as a nexus of community spread of the coronavirus. In California, for example, a single person exposed 180 people to the virus there. Churches in other states have also defied orders and said they’ll continue to meet, no matter the risk.

“Today I’m identifying houses of worship — churches, synagogues, and mosques — as essential places that provide essential services,” Trump said at the White House. He said that if governors don’t act quickly or impede this in any way, that he will “override” them, though he didn’t cite any relevant authority that allows him to do so.

President Trump says the country must reopen churches and other places of worship because they are essential.

He said, “If they don’t do it, I will override the governors.”

The President left without taking questions.