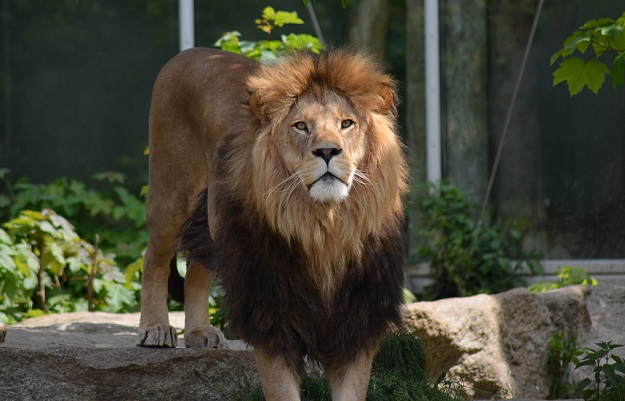 It’s funny how the lion is considered to be the king of the jungle, yet as anyone who has watched a nature documentary can attest, all lions seem to do for most of the day is sleep and hang out in the sun. Truth be told, the kind of the jungle tagline has less to do with a lion’s ferocity and more to do with outward appearances and the “social structure of a pride.”

That notwithstanding, lions, like other big cats, are incredibly skilled predators. Sure, everyone knows that they have power and can be vicious when need be, but they can also be stealthy and smart when on the prowl. Case in point: a recent video out of a zoo in Japan shows why you should never turn your back on a big cat. To be clear, no one in the video was injured so there’s no reason to fret.

DON’T MISS: John Oliver just gave away $15 million and ripped a shady part of the U.S. economy to shreds

As you can see below, a little kid in Japan is having a grand ole’ time at the zoo as he casually gazes upon a lion who seems more interested in lying down and relaxing than anything else. But in reality, the lion is in pure attack mode and is ready to pounce on what he thinks is a piece of prey dangling before him. We’ve seen unsuccessful animal attack videos from zoos before, but what makes this clip so fascinating is that the lion waits for the exact moment when the kid turns around before jumping up in a flash and initiating an attack.

The kid is a little startled, but quickly laughs it off as the lion struts away, dejected and hungry.

On a similar note, the video below provides a few more examples which showcase how big cats will wait patiently for a potential meal to turn around before initiating an approach and/or attack.