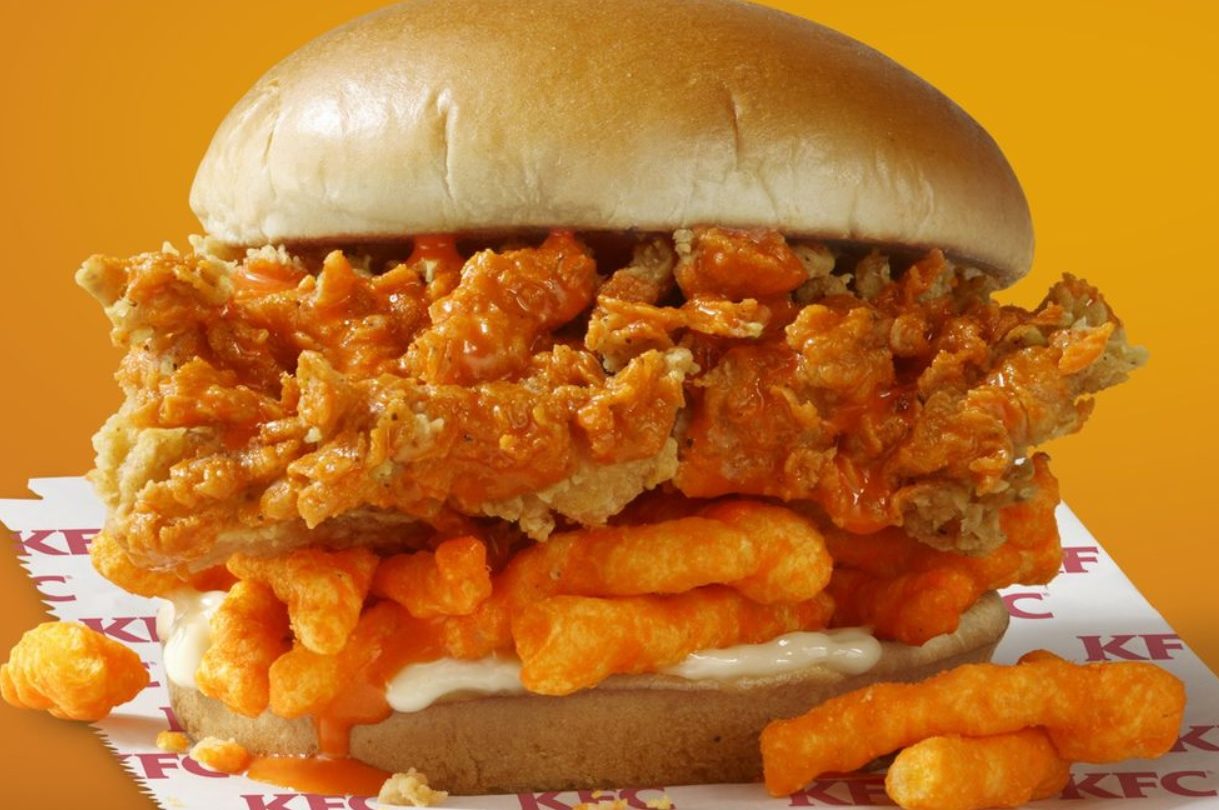 Never have I felt so foolish for leaving the South and moving to New York than I do today. In an act of what can only be described as true bravery, KFC this week revealed its new Cheetos Sandwich, which is, as you might have worked out from the image atop this article, a crispy chicken sandwich stuffed with Cheetos.

Available at select KFC restaurants in Greensboro and Raleigh, North Carolina; Roanoke and Richmond, Virginia; and Greenville, Georgia, the Cheetos Sandwich is a Southern exclusive for the time being. When or if it will expand its cheesy reach remains to be seen, but for now, know that the rest of us are all very jealous.

Here’s how KFC describes the mashup in its press release: “Made by coating a juicy, hand-breaded Extra Crispy chicken filet with special Cheetos sauce and placing it on a toasted bun with mayo and a layer of crunchy Cheetos, the Cheetos Sandwich will give you a blast of craveable Cheetos in every bite.”

“Both KFC and Cheetos have dedicated fan bases loyal to each new creation,” a spokesperson added. “It only made sense to merge these two iconic brands together to provide an irresistible and flavorful sandwich that gives the best of both worlds.” Right you are, spokesperson. If only it had happened sooner.

KFC’s Cheetos Sandwich will only be available for a limited time, so I implore the denizens of North Carolina, Virginia, and Georgia to eat as many of these suckers as possible to convince KFC to give other markets a shot.