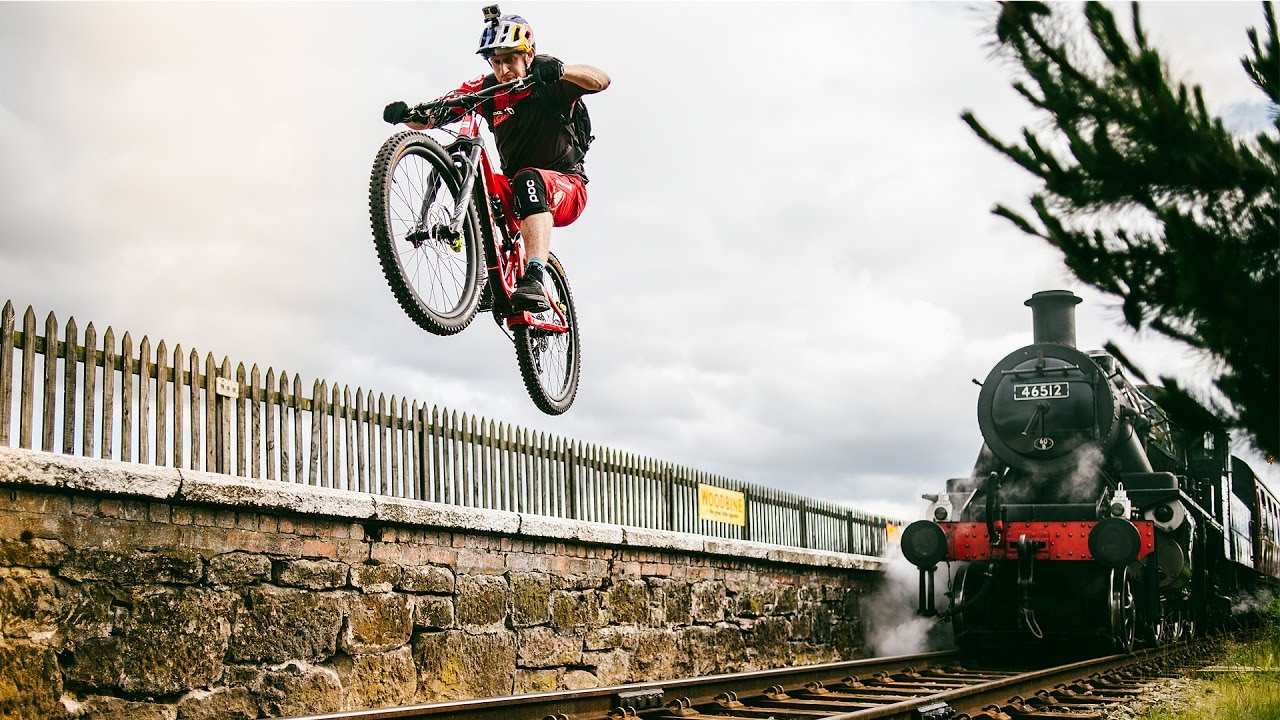 Professional biker-man Danny MacAskill does tricks that I’m pretty sure defy the laws of physics, or at least the laws of good common sense. He sometimes does these tricks on top of an actual mountain.

Good thing he’s the one riding the bike and not you or me, in other words.

DON’T MISS: These creepy Uber drone adverts are the future we all deserve

Danny MacAskill made his name doing tricks on the streets of Scotland. His new video is fundamentally more of the same, but the production value has gone up exponentially. Rather than late-night runs through the city center, we’re now treated to sweeping drone shots of incredible landscapes, while MacAskill tricks his heart out below.

That’s not to make it sound like this video is all about the cinematography. Quite the opposite, in fact. There’s still the same level of technical skill on display — I can’t even imagine jumping perfectly onto a single railway track — but it’s also about the creativity on display.

Just when you think MacAskill can’t get any more ridiculous than pulling wheelies on a ridge, he’s found a way to use a bale of hay as a giant gear, or slide across a wet log and land perfectly on the other side. The music and storyline, plus cameos by his parents, really just tie it all together.