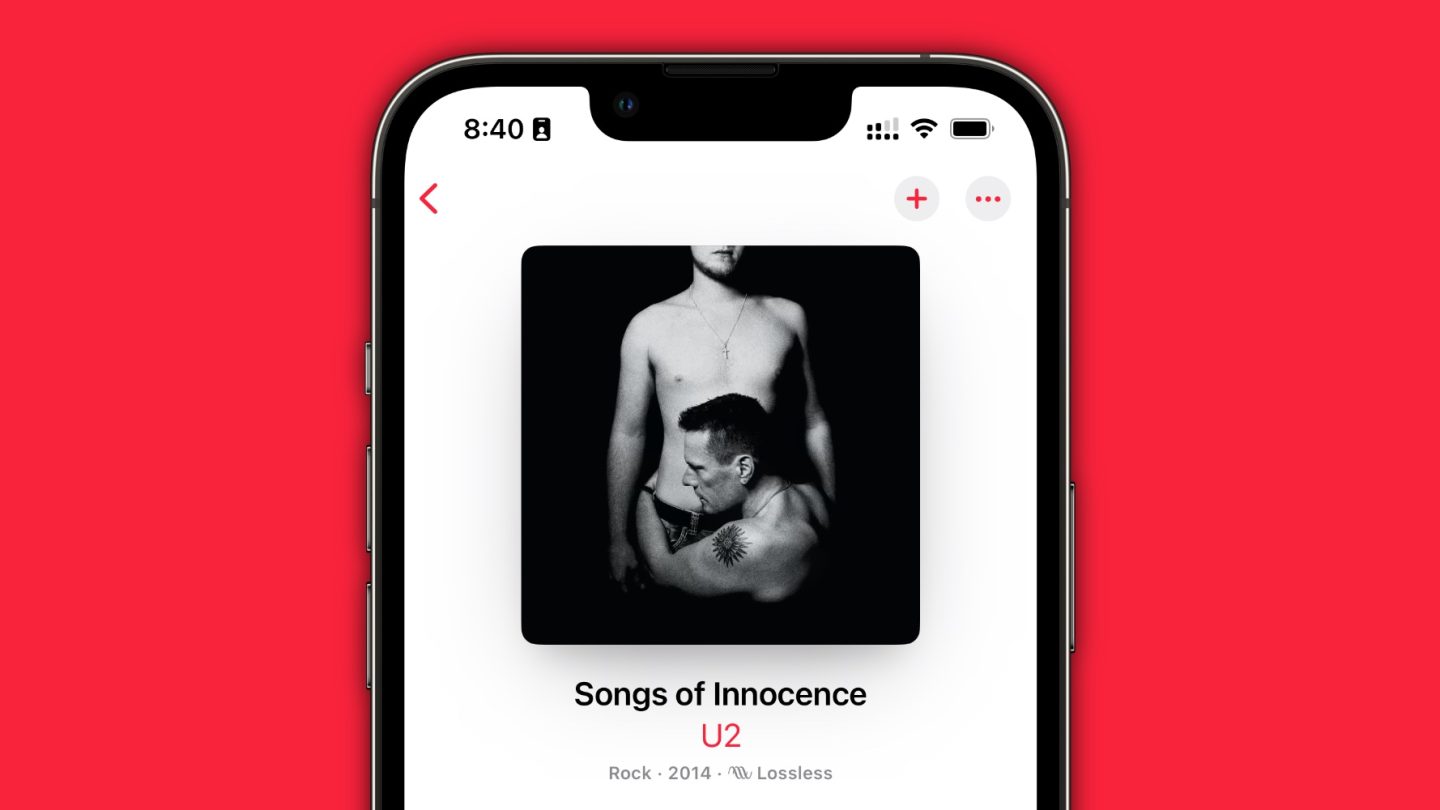 On September 9, 2014, iTunes users woke up with a new U2 album on their Music apps. Songs of Innocence had just been released and added to every Mac, iPhone, iPad, and iPod had this album without user consent. In a memoir book, Bono Vox tells the inside story of what happened.

Surrender: 40 Songs, One Story is the name of the new Vox book, which will be out next week. The singer shared with The Guardian a few excerpts from his memoir, including how Apple and U2 decided to give the band’s album for free to all iTunes users – which, at the time, caused a lot of controversies.

“Free music?” asked Tim Cook, the CEO of Apple, with a look of mild incredulity. “Are you talking about free music?”

Ten years had gone by since the Vertigo ads; we were in his office in Cupertino, California – Guy Oseary, our new manager, me, [Apple executives] Eddy Cue and Phil Schiller – and we’d just played the team some of our new Songs of Innocence album.

“You want to give this music away free? But the whole point of what we’re trying to do at Apple is to not give away music free. The point is to make sure musicians get paid.”

Tim Cook raised an eyebrow. “You mean we pay for the album and then just distribute it?”

I said, “Yeah, like when Netflix buys the movie and gives it away to subscribers.”

Tim looked at me as if I was explaining the alphabet to an English professor. “But we’re not a subscription organisation.”

While it’s interesting that Apple wasn’t thinking about subscriptions at the time – and it’s now one of the company’s most important bets – the first experiment didn’t go well.

While Bono thought adding the album to people’s iTunes could be like “junk mail,” the reaction was very different.

On 9 September 2014, we didn’t just put our bottle of milk at the door but in every fridge in every house in town. In some cases, we poured it on to the good people’s cornflakes. And some people like to pour their own milk. And others are lactose intolerant.

(…) We were Santa Claus and we’d knocked a few bricks out as we went down the chimney with our bag of songs. But quite quickly we realised we’d bumped into a serious discussion about the access of big tech to our lives. The part of me that will always be punk rock thought this was exactly what the Clash would do. Subversive. But subversive is hard to claim when you’re working with a company that’s about to be the biggest on Earth.

For all the custard pies it brought Apple – who swiftly provided a way to delete the album – Tim Cook never blinked. “You talked us into an experiment,” he said. “We ran with it. It may not have worked, but we have to experiment, because the music business in its present form is not working for everyone.”

To finish the excerpt, Bono also talked about Tim Cook’s leadership and why Steve Jobs chose him.

If you need any more clues as to why Steve Jobs picked Tim Cook to take on the leadership of Apple, this is one. Probably instinctively conservative, he was ready to try something different to solve a problem. When it went wrong, he was ready to take responsibility. And while he couldn’t fire the person who put the problem on his desk, it would have been all too easy to point the finger at me. We’d learned a lesson, but we’d have to be careful where we would tread for some time. It was not just a banana skin. It was a landmine.

Who would’ve thought that free is not always best?

More Apple coverage: Apple reveals download stats for the most deleted U2 album of all time