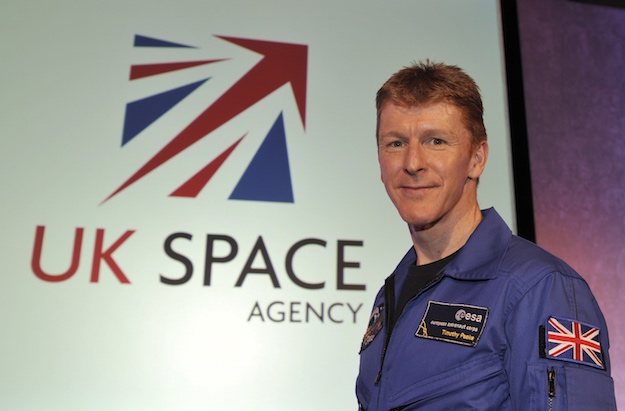 You might naturally assume that prank calls are exclusively carried out by teenage boys with nothing but time on their hands, but apparently even accomplished 43-year-old astronauts can partake in some prank call tomfoolery, even if accidental, every now and again.

Recently, British astronaut Tim Peake, currently serving aboard the International Space Station (ISS), learned that phoning home from outer space is a bit trickier than he imagined. While floating about 250 miles above Earth, Peak last week tried to call his family but ended up dialing the wrong number.

Initially startled by an unfamiliar voice on the other end, Peake asked, “Hello. Is this planet Earth?”

Okay, so this isn’t technically a prank call, but come on, a wrongly dialed number from space is close enough to fit the bill. Peake subsequently took to Twitter to apologize to the mystery recipient of his call and assure her that she wasn’t being pranked.

I’d like to apologise to the lady I just called by mistake saying ‘Hello, is this planet Earth?’ – not a prank call…just a wrong number!

As a quick point of interest, Peake just so happens to be Britain’s first official astronaut and is spending his time up in outer space lending a hand to a number of scientific and medical experiments.

Misdialed numbers aside, Peake did send out a great photo from space via his Twitter account on Christmas Eve.

Hope you’re all having a wonderful Christmas eve down there. You’re looking good from up here! #Principia pic.twitter.com/8O50l7ZWzL

As a final point, the New York Times informs us that it’s actually possible for folks here on Earth to call up to the International Space Station, provided of course that they have a HAM Radio.