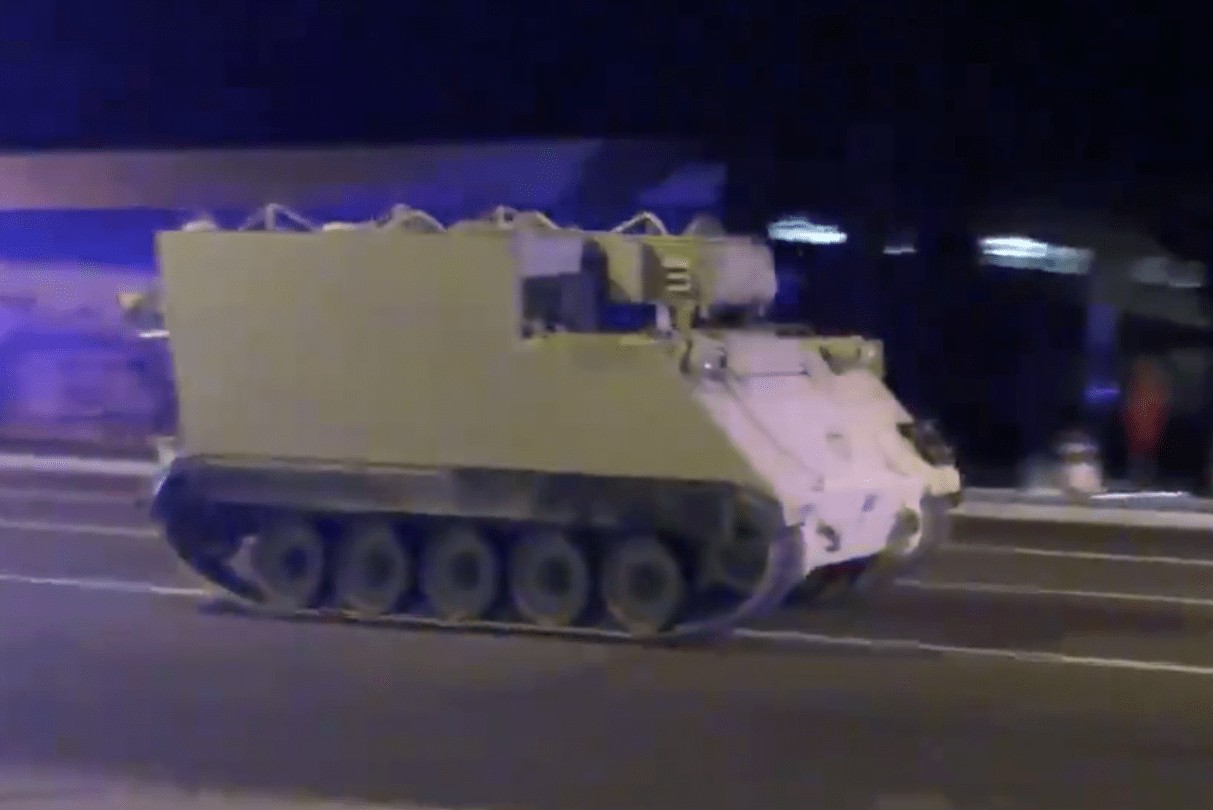 Running from the police is a bad idea regardless of whether you’re on foot or in a vehicle, but a member of the Virginia Army National Guard thought that perhaps he could make an escape with the help of some military hardware. An unnamed man, who is reportedly a lieutenant, is said to have stolen the armored transport vehicle from the Fort Pickett National Guard base before leading Virginia State Police on a chase through downtown streets.

The vehicle, which is not equipped with a weapon, is designed to safely transport military personnel. In this case it served as a getaway vehicle of sorts, though its tank-like treads prevent it from reaching high speeds. Nevertheless, the man managed to get the armored vehicle up to speeds of around 40 miles per hour.

According to local news stations WTKR and WTVR, the chase eventually ended when the man stopped the vehicle and surrendered to officers. Despite his apparent surrender, he was apparently not complying well with police commands and had to be tased before being placed in custody.

“It just seemed like something out of a movie,” an eyewitness told WTVR. “I heard a large vehicle, it sounded like a tank, but it was moving pretty fast.”

The vehicle may not have been an actual tank, but it’s fairly close. As Gizmodo points out, the vehicle appears to be an M577, which is an antiquated armored vehicle with an armored shell that is designed to stop bullets and shrapnel.

Bystanders were quick to capture footage of the strange sight and post it to social media:

This is INSANE! Someone has hijacked a “Tank-like” vehicle from Fort Pickett and just drove it by our apartment! This is on Broad Street in the Fan. pic.twitter.com/EYfhFux1dk

Only in the 804 would someone steal a whole army tank .. pic.twitter.com/1vO53Boyed

You can’t really call it a “high speed” chase, but 40mph is pretty speedy for city streets. The scary scene didn’t result in any collisions and no injuries have been reported, but police have charged the man and are continuing to investigate how the whole incident began.