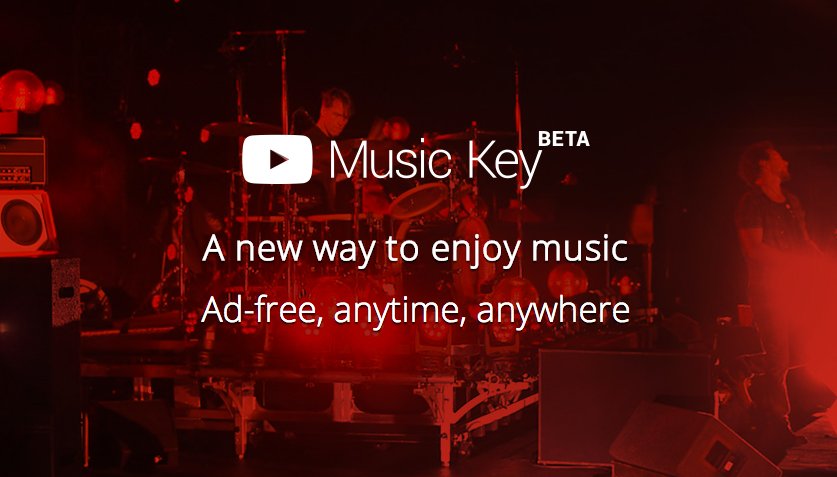 YouTube's long-rumored premium music service has finally materialized. Google announced on Wednesday that it would be debuting an ad free subscription service called Music Key, which will allow for offline play and background listening. The service will cost $9.99 when it launches, but for now it will be offered at a promotional price of $7.99.

Alongside the service, YouTube is also introducing a new home for music on its mobile apps and on YouTube.com that features endless mixes of your favorite songs, recommended suggestions based on what you've watched and popular music from around the site. Full, high-quality albums are also making their way to YouTube in the coming days, giving users the ability to play songs from their favorite artists in sterling audio quality.

If you're lucky enough to receive an invite to the beta, you will have a chance to test the service for six months free of charge. YouTube says it's sending out invites to “biggest music fans first,” but frustratingly fails to explain how to qualify as a biggest music fan.

If you're interested in signing up for the beta, head to the YouTube Music Key landing page and enter your email address.