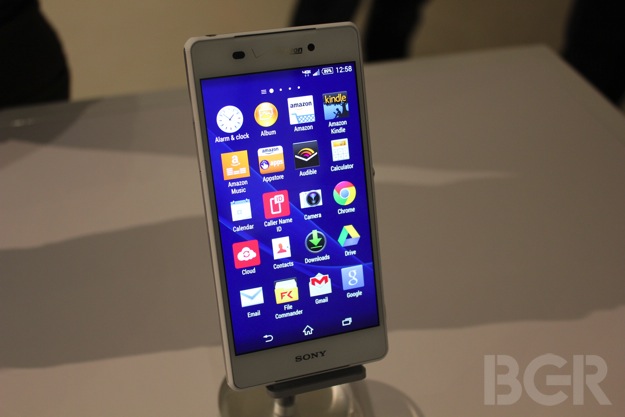 Sony has been stuck in a holding pattern for the past few years when it comes to new smartphone releases, but a leak last month seemed to indicate that the Xperia Z4 might be the company’s next huge step forward. Unfortunately, a recent tip sent to PhoneArena points to a much more modest set of specs.

READ MORE: Hands on with Sony’s Xperia Z3v, the phone that dares not innovate

According to the source, Sony is going to unveil both the Xperia Z4 and the Xperia Z4 Ultra at CES in January. This doesn’t come as much of a surprise, but the tipster included a list of specifications for both phones as well.

The Xperia Z4 is expected to feature a 5.4-inch Quad HD display, Qualcomm Snapdragon 805 processor, 4GB of RAM, 3420 mAh battery, 20.7-megapixel rear camera, 4.8-megapixel front-facing camera and Android 5.0 Lollipop out of the box. These are significantly less impressive than the rumored specs from October, but more in line with Sony’s past upgrades.

As for the Z4 Ultra, the specs appear to be nearly identical, save for the lower-resolution 16-megapixel camera and the 5.9-inch display. It might also feature one of the thinnest chassis on the market for a phone its size.

It would be disappointing to see Sony continue to iterate at such a slow pace, but we’ll reserve judgment until we see more solid evidence about the phone or until Sony’s press conference at CES.