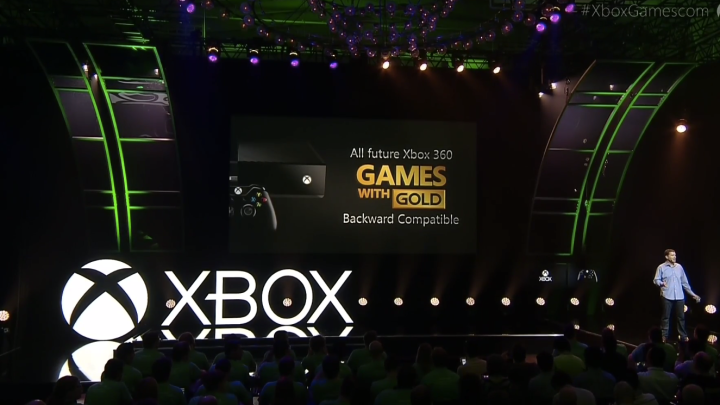 As we’ve discussed countless times over the course of this console generation, the PlayStation 4 is the clear winner in terms of international sales. Sony took advantage of Microsoft’s stumbles and appealed to a larger audience than it ever had it the past. At last count, Sony had sold over 25 million units… but Microsoft still hasn’t grown concerned.

MORE GAMING: Nintendo NX: Here’s what we can expect to see from Nintendo’s next-gen console

In an interview with GamesIndustry published on Tuesday, Xbox CVP Kudo Tsunoda responded to questions regarding the “console war” that gamers love to propagate each and every generation:

“I wouldn’t even say the gap has closed,” Tsunoda told GI in regards to the sales gap between the PS4 and the Xbox One. “We’ve got a lot more exclusive games than any other platform.”

And that’s not just good PR — there are a great number of Xbox One exclusives launching this fall and into next year, while the PS4 is struggling to get first-party and third-party exclusive to market as quickly as gamers would like. Before 2016 begins, Xbox One owners will be playing Halo 5, Forza 6, Gears of War: Ultimate Edition, Rise of the Tomb Raider and more.

“There’s a reason we’re able to put on two shows of content together,” says Tsunoda. “We’ve got seven exclusives coming this holiday, and then everything coming in 2016. Not just the blockbusters, but the ID@Xbox games, the indie games. We’re giving people a lot more.”

Tsunoda also discussed two important features that are currently rolling out for the Xbox One that you won’t see on PS4 anytime soon. By focusing on these features while simultaneously bulking up the Xbox One exclusive lineup, Microsoft is proving that it can listen to its audience and react accordingly.

“With backwards compatibility, it isn’t something that we just think gamers might want,” Tsunoda says. “We know. We’re looking for and soliciting that feedback. It was the number one most requested feature for Xbox One by far.”

Cross-play between PC and console is another focus of Microsoft’s, and yet another feature that gamers have been desperate for ever since the concept became more than a pipe dream.

“For a long time we’ve had PC gamers and console gamers who weren’t really able to play together,” Tsunoda says. “That’s why Cross-Play is still such a powerful idea. You should be able to play what you love, and play together, regardless of what device you’re playing on. It’s about connecting people.

“It’s a really unique value that only we can offer. You still need very gamer-focused values, but there’s lots of things you can do with our technology. We’ve really got a lot more going on [than our competitors]. We’re doing things that can’t be done on any other console.”