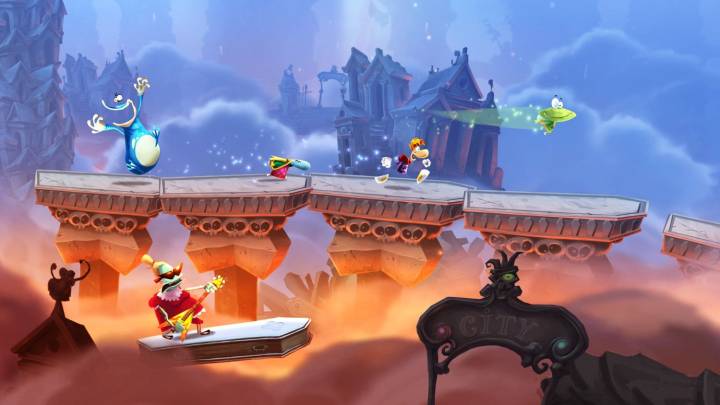 We’ve covered Microsoft’s Games with Gold every month since the program made its debut on the Xbox One last June. Some offerings have impressed us more than others, but I think it’s fair to say that the selection in March is the best yet.

READ MORE: 10 awesome paid iPhone apps that are now free for a limited time (save $55!)

Xbox One owners with active Xbox Live Gold subscriptions will be able to download Rayman Legends for free starting on March 1st. Rayman Origins and Rayman Legends are two of the most improbably perfect platformers released on any console in the last generation, going toe-to-toe with the best of what Nintendo has to offer.

Whether or not you have any interest in Rayman as a character, you don’t want to miss out on Legends.

From March 1st – 15th, Tomb Raider will be free to download on Xbox 360. I’ve spoken about Tomb Raider in the past, but I’ll remind everyone once again that this was my favorite game of 2013. It’s a great reboot for the series, and now you can catch up before Rise of the Tomb Raider makes its way to Xbox One later this year.

Then, from March 16th – 28th, BioShock Infinite will take Tomb Raider’s place as the free Xbox 360 game. Infinite hits some stumbling blocks along the way, but there’s a reason it got as much attention as it did when it launched two years ago.

Microsoft also revealed that over 100,000,000 Games with Gold titles have been downloaded since the program began, and to celebrate, the company is offering twice the games in April. That means 2 free Xbox One games and 4 free Xbox 360 games. We’ll see if they can top March’s selection.