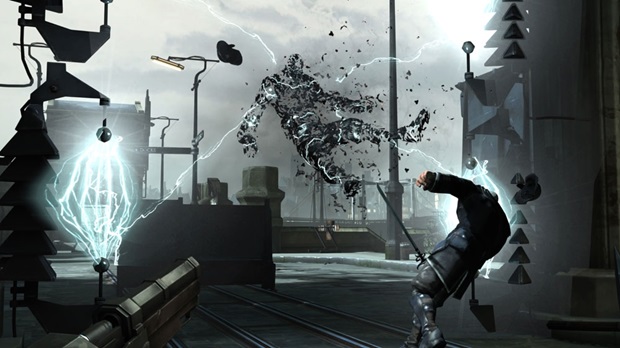 It wasn’t long ago that we talked about the one way the Xbox One was beating the PlayStation 4, but if the free monthly offering of Games with Gold keeps getting better at this rate, we’ll have to add an asterisk to that headline. Microsoft announced via the Xbox Wire on Monday that the Games with Gold for August would include Crimson Dragon and Strike Suit Zero: Director’s Cut on Xbox One as well as Motocross Madness and Dishonored on Xbox 360.

Crimson Dragon was actually a launch title for the Xbox One and serves as a spiritual successor to the cult hit Panzer Dragoon series. It’s an on-rails shooter in which the protagonist battle fantastical foes while mounted on a dragon. Strike Suit Zero, another shooter, takes place in space, and was actually the very first ID@Xbox title. Both Xbox One games will be available starting on August 1st and will remain free until the 31st.

Xbox 360 owners also have a fun month to look forward to, with Motocross Madness set to go free from the 1st to the 15th and the incredibly successful Dishonored taking its place from the 16th to the 31st.

All four games are worth a download if you’ve got the hard drive space, but Dishonored is one of the biggest releases of the past generation. If you missed out the first time around, this is your chance to catch up.