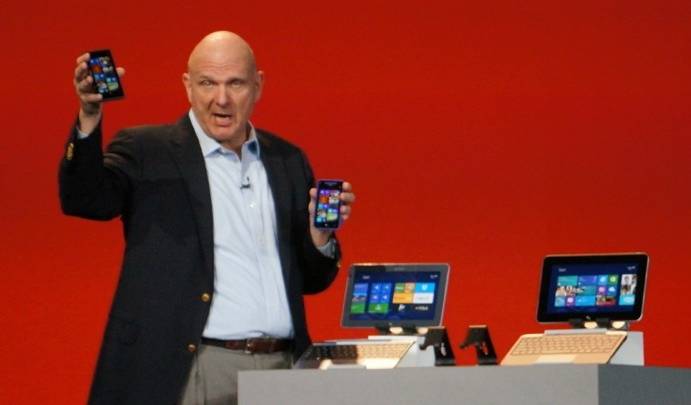 The impending demise of Windows XP is seen as a great opportunity for PC and tablet vendors to boost sales… unless, that is, they’re selling machines that run Windows 8. Research firm Canalys, which counts tablets along with traditional laptops and desktops in its data on PC sales, says that PC shipments should rebound nicely in 2014 as more companies look to upgrade from their old Windows XP machines. There’s just one problem for Microsoft, however: Canalys thinks that most of the Windows PCs sold to companies upgrading from XP will be Windows 7 machines, not Windows 8 devices.

“Commercial demand for PCs is improving as businesses face up to the need to migrate from Windows XP,” Canalys says. “But Windows 8 will not be a major beneficiary as many businesses will take the safer option of moving to Windows 7. This provides an opportunity for vendors with strong enterprise sales and an established B2B channel in 2014. Vendors heavily exposed to the consumer notebook market still face an uncertain future. Windows 8 uptake remains weak and the PC refresh cycle shows no sign of returning.”

Microsoft, whose employees reportedly refer to Windows 8 internally as “the new Vista,” seems to have realized that it’s alienated a good portion of its PC user base with the drastic changes it made with Windows 8. The company is now working on responding to customer feedback and will reportedly even bring back the full Start menu with an upgrade that’s set to be released in 2015.

In the meantime, Canalys says that Windows 7 PCs should see strong sales this year and that tablets based on iOS and Android will also get looks from IT departments upgrading from Windows XP. This added competition will put added pressure on Microsoft to really deliver with the next major Windows release next year.

“Consumers are becoming more open to Windows alternatives, and Google’s low-cost options are reaping the rewards,” says Canalys analyst Pin Chen Tang. “Android is now the most popular OS in the tablet segment and PC vendors are showing a keen interest in Chromebooks, which are carving out a niche, especially in the education sector.”