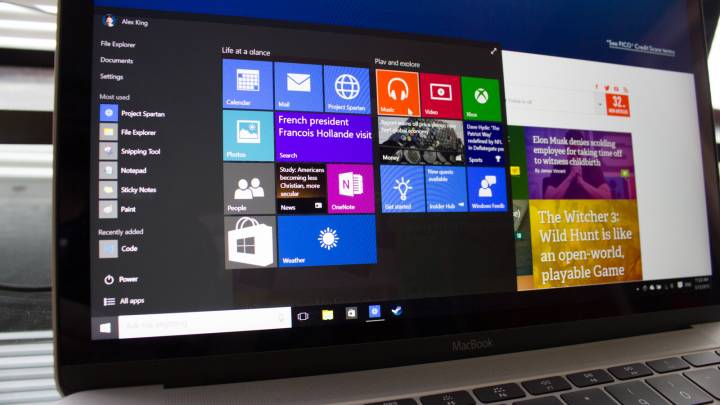 It’s one of the slickest devices that Apple has ever released, but the 2015 Retina MacBook is anything but perfect. It’s less powerful than other machines in the same price range, the keyboard takes some getting used to and it lacks the ports we’ve come to rely on. One astonishing way to improve your experience with the port-less laptop? Install Windows 10.

Alex King, a computer science major at Tufts University, shared on his blog the story of upgrading his installation of Windows 8.1 on his new MacBook to the Windows 10 Technical Preview. According to King “the new MacBook runs Windows 10 (a prerelease version, at that) better than it runs OS X.”

He first points to the design changes, from elements as simple as circular profile pictures to upscaled apps that look incredible on the Retina display. He also found Microsoft Edge to be more than just a competent browser, rendering pages quickly and handling multiple tabs with ease.

Battery life was relatively consistent with what King was getting from OS X, games ran at 60 FPS and after spending a significant amount of time with the operating system, he’s convinced that “Apple really needs to overhaul how animations are done.”

“I’m excited to keep Windows 10 installed on this machine, both now as a preview, and later once the final version is installed,” says King. “Even hardened OS X diehards owe it to themselves to give it a try.”