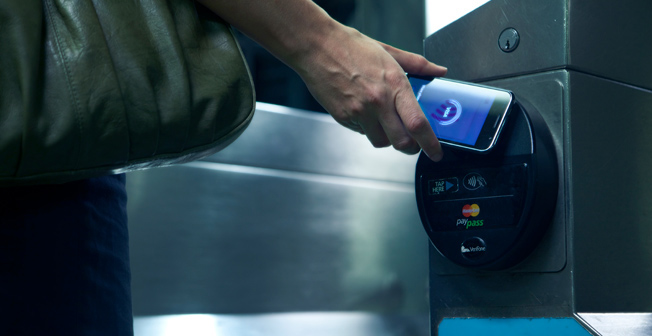 For years, Apple pundits’ favorite game was to guess when the iPhone would finally support NFC, or Near Field Communication. If only Apple would support NFC, then mobile payments would take off, and we could finally stop paying cash and credit cards. But Apple never did support NFC and it appears it made the right decision: According to GigaOm, major retailers Best Buy and 7-Eleven are ditching their NFC sensors in their stores.

So far, NFC hasn’t taken off for a number of reasons. First, banks charge higher fees for mobile payments and retailers with low margins naturally look for the payment option with the lowest fees. Second, a mobile payments standard hasn’t emerged as a result of competing options from Google and Isis, which is backed by Verizon, AT&T, and T-Mobile. Isis tried to block Google Wallet on phones that supported Isis, but Google found a way to circumvent this in its latest version of Android. In addition, the Merchant Customer Exchange, which includes Target, Walmart, and Sears, is developing its own mobile payment option that supports barcode scanners.

But perhaps the biggest blow to NFC has been Apple’s refusal to adopt it on the iPhone. Retailers are unlikely to put their muscle behind a payment option that the most popular phone in the United States does not support. While Android may have higher marketshare than iOS, iPhone users are typically wealthier and more willing to spend money.

In addition, Apple has been hinting for a while that it may have a mobile payments solution of its own. With iOS 6, Apple launched Passbook, an application to collect gift cards, tickets, and other passes. And with iOS 7, Apple added AirDrop, which allows users to transfer various types of data between iOS devices. Apple has also supported Bluetooth LE since the iPhone 4S, and with iOS 7, it introduced iBeacon, a system for interacting with nearby iOS devices. iBeacon has already received a surprising amount of support from large retailers, including in Apple’s own stores. While none of these are a mobile payments solution on their own, they certainly point to a potential iWallet down the road.