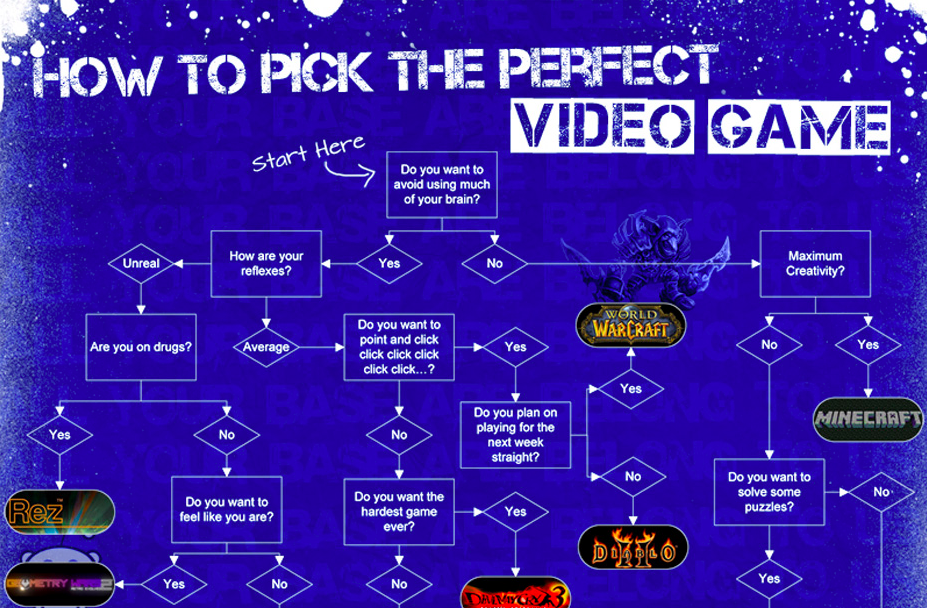 With all of the countless free mobile games available on your smartphone and the dozens of new releases on PC every week and the huge triple-A releases on home consoles month after month, it can be debilitating to simply sit down and pick a game to play.

Thankfully, there’s now a chart to help you decide.

Reddit user playr_4 discovered an interesting chart from SilverOakCasino.com this week that could help guide you through your next battle with indecisiveness. Rather than attempting to sort through your endless Steam library, just ask yourself a few simple questions and consult the chart.

Want to avoid using your brain and play the same game for a week straight? It might be time to reactivate that World of Warcraft subscription. Want to play a great local multiplayer game with huge swords? Soul Caliber II is the game for you. Want to run a city? Avoid the recent disaster from EA and pick up SimCity 2000 instead.

It’s not an entirely accurate chart — it assumes that Burnout Paradise is a realistic racing game and says you won’t get called a n00b while playing Call of Duty — but it might at least help point you in the right direction the next time you can’t decide which game to play.

Check out the full chart below: