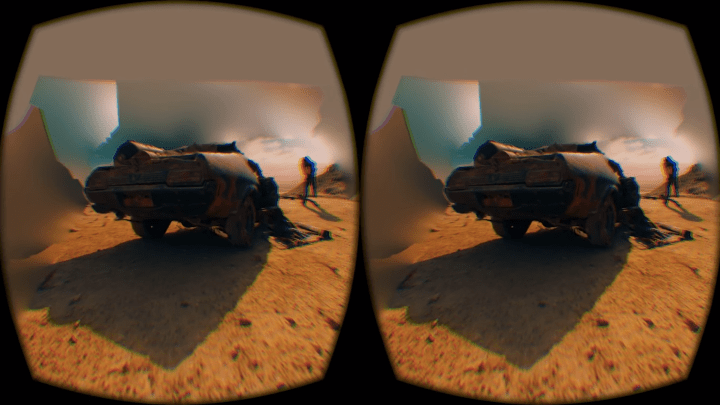 With 2015 coming to close, we’re only a few months out from the beginning of the VR revolution. The Oculus Rift, the HTC Vive and Sony’s newly branded PlayStation VR are all coming to store shelves before the end of 2016, but you won’t have to wait that long to see what some of your favorite movies might look like in the virtual world.

Earlier this year, YouTube user rallatiraa began publishing VR reconstructions of scenes from popular movies. They’re about as rough as they could be, but if you have an Oculus Rift or a cardboard VR headset, they’re definitely worth watching.

“There’s a lot of noise and messy areas in the models (as they are straight out of Photoscan with zero cleanup) but I’ve tried to get the scales correct, referencing to the actual set dimensions when possible,” says the creator.

When asked on the Oculus forums about the process used to create these scenes, the creator said the following:

“The set models are constructed mostly from single tracking shots, using every 10th frame or so. The processing time depends on the number of frames used, but in these scenes it was usually less than 10 minutes. Sometimes you have to manually mask out actors and other moving stuff from the footage which can be the most time consuming part of the process.

The actor heads were bit trickier to capture. Some were constructed from tracking shots but mostly I used shots where the actors turn their head and masked out the rest of the body.”

After sharing eight videos back in May, the creator has added two new videos to the playlist using scenes from Mad Max: Fury Road and Fear and Loathing in Las Vegas: