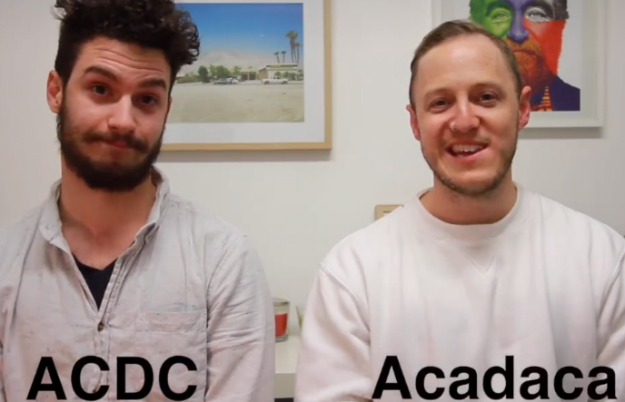 Yes, Australians speak English, but that doesn’t mean you’ll always understand what they’re saying. Lucky for you, in case you’re planning a trip Down Under, a comic duo has recorded a short video that teaches you how to speak fluent Australian, and the video has gone viral on Facebook.

Josh Hawkins and Rhys Keir run you through everything you need to know to make yourself understood, and more importantly, to understand all the Australians around you.

The gist of the video is basically this: everything gets abbreviated, and many words end in “o.” Also, Australians apparently aren’t big on pronouncing an entire word, regardless of what that word might be.

At the end of the following video, you’re also going to be able to test your Australian speaking skills. If you know what this means, you can speak Australian: “After smoko I might go down the bowlo sarvo for a schnitty and bevvy with Tommo, then I’ll head back to the missus for din-dins with the fam and watch some soapies on the tele. Hopefully on the way I don’t get pulled over by the coppers… coz I don’t have me rego.”

How to Speak Aussie

How to Speak Australian : Abbreviate EverythingFeaturing the talented Rhys Keir