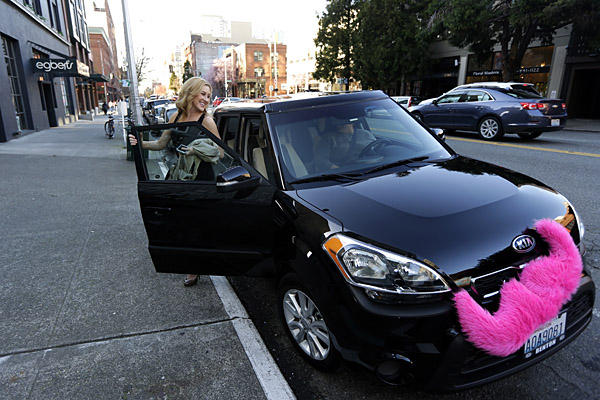 San Francisco has been the ground zero for mobile apps that help people find car rides, and now the epic battle between Uber and Lyft is burning at its most intense in the Bay Area. The San Francisco Municipal Transportation Agency has just come out with statistics that demonstrate how rapidly and deeply the taxi industry has been affected: According to the new SFMTA director Kate Toran, the number of average trips per taxicab in San Francisco has plunged to 504 in this past July from 1,424 in March of 2012. This drop came despite the fact that rides from the airport remain a taxi industry monopoly.

It is worth noting that the true impact of Uber and Lyft may only be starting to become clear in the second half of 2014 since the price war between the ride app giants has really kicked into gear in this past summer. Many consumers in San Francisco and other cities are only now beginning to realize that under certain conditions, using a service like Uber may be as much as 20% cheaper than taking a cab.

Uber’s aggression seems to be only growing — it recently announced a stunning 30% price cut in Berlin, just after facing a legal injunction in Frankfurt. It has also provoked outrage among London cabbies after implementing a 15% August price cut in the U.K. As the Uber juggernaut rolls on, its smaller rivals are resorting to extreme measures. Hailo has just announced a radical 50% price cut in Washington, DC, though it only applies to off-peak hours.

Even though Uber is far better funded than its challengers, several of these companies have enough money to press ride service pricing well below taxi industry levels in major cities across the world for extended periods of time. This could mean that we are now witnessing the twilight of the traditional taxi service in New York and San Francisco.