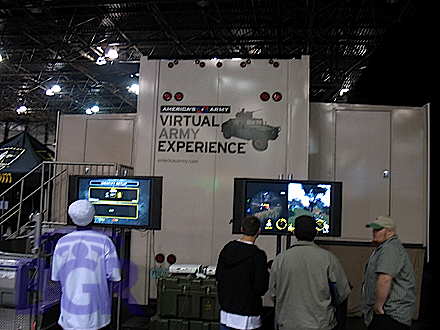 One of the more interesting exhibits (depending on how you look at it, we guess) is hosted by the United States Army here at Digital Life. It’s actually called the Virtual Army Experience and it’s a full scale setup. It even has a tour bus, flashing lights, and the works. The basis for the Virtual Army Experience is to take a virtual test drive of the Army. Makes sense, right? The whole thing is based around an Army-produced video game entitled, America’s Army: Special Forces (Overmatch). and the exhibit has a high number of computer stations that allow attendees to participate in sort of a U.S. Army LAN party. A little strange, but what’s more strange is that the experience itself is hidden from view. We had to practically seek it out which is weird given the nature of a convention like this. Regardless of that, more than a few people seemed interested, and there are Army personnel on hand to answer any questions about the game and / or the real Army experience. Besides the moral issues of trying to groom kids into soldiers, the whole gaming aspect was incredibly thought out, and the networked environment ran seemlesly. That’s more than we can say for some of the Sony Playstation 3 units on display here. After all, the Army likes to get their Xbox 360 on! More photo snaps after the breakage! 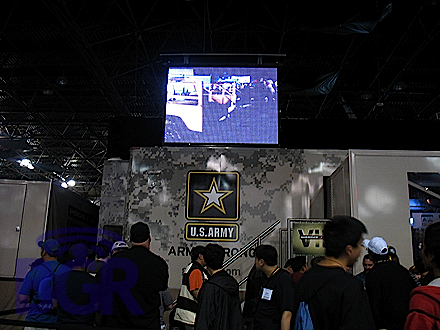 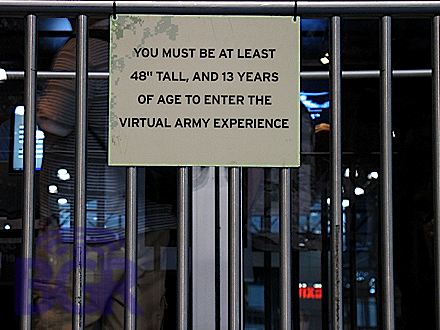