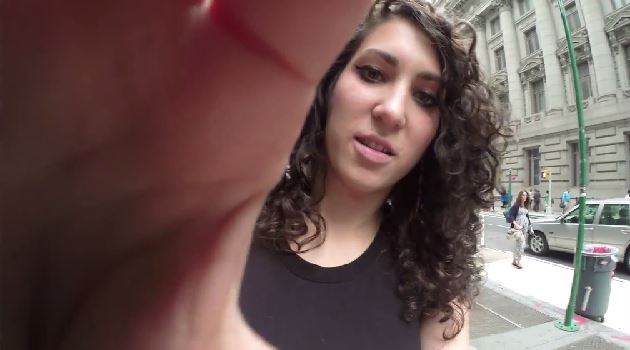 Women who get catcalls as they walk down the street aren’t just a tired cliché we see in movies and TV shows. The Daily Show recently proved this by using a GoPro to record one woman’s daily stroll through New York City. The GoPro — which was being held by a friend in front of her — records her journey as she’s accosted by several would-be suitors.

The video was created for an anti-harassment organization called Hollaback. The woman in the video was a volunteer who walked New York City for 10 hours and recorded what people would yell at her.

In the video, the woman is constantly harassed, followed, and hit on by numerous men throughout her trek through the city. Even as she kept silent, they still persisted.

You check out Hollaback’s website here to see what you can do to end street harassment.

Watch the video below to see what many women have to deal with on a daily basis, and then feel free to feel sick to your stomach as a result: