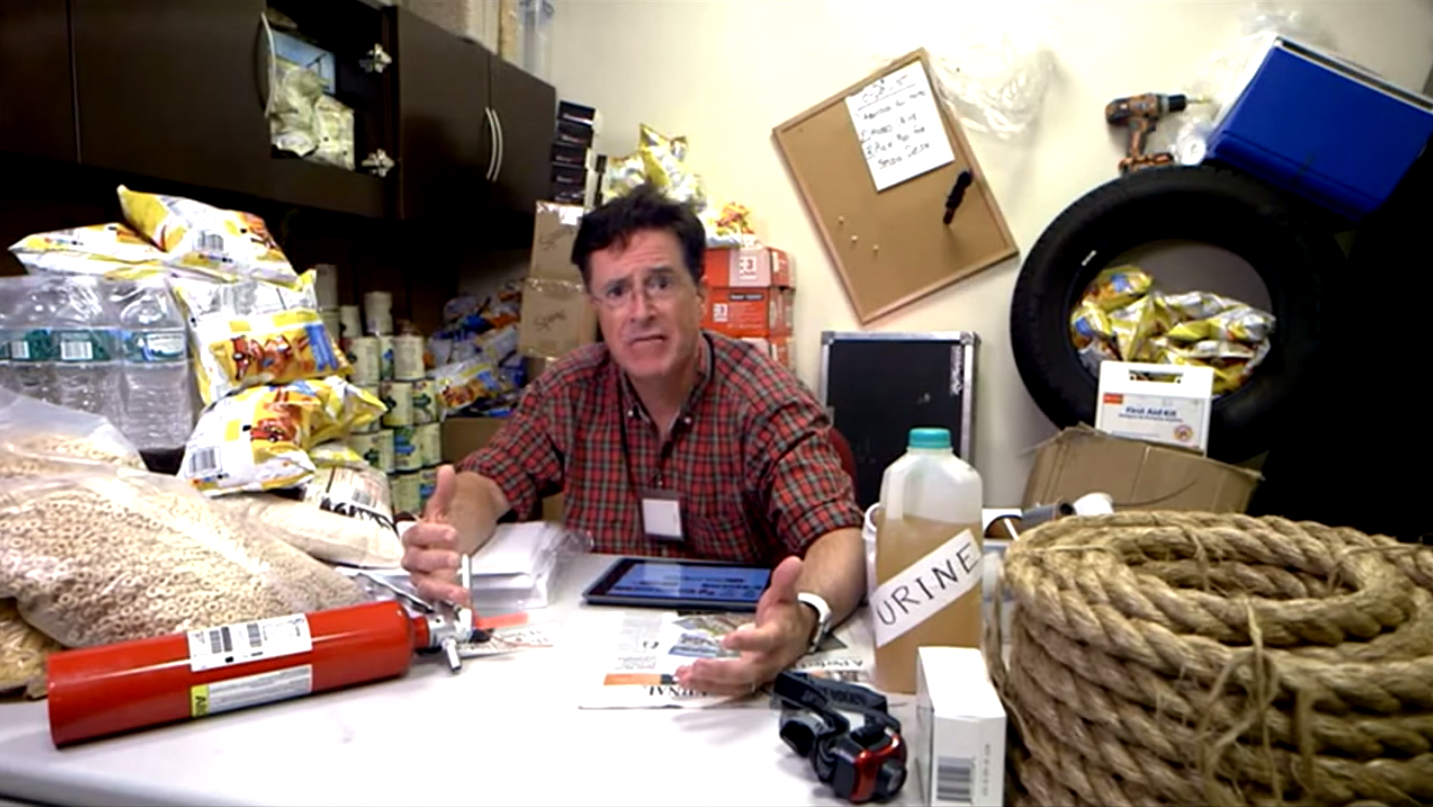 Yesterday, the NYSE halted trading, The Wall Street Journal went offline and United Airlines flights around the country were grounded, all within a matter of hours. Many of us were suspicious that the inconceivable timing of these mishaps might indicate foul play, but the New York Stock Exchange was quick to release a statement ensuring us that there had not been a cyberattack.

A few hours later, everything went back online and the world kept spinning, but sadly, future talk show host Stephen Colbert had already gone off the deep end.

“Greetings, remnants of the before-times,” says Colbert in a video filmed in his office, which has apparently been converted into an apocalypse bunker. Bottles of water, bags of Cheerios, a spool of rope and enough chips to last until at least 2018 surround Colbert, along with a nearly full half-gallon container of urine.

All things considered, Colbert seems to be holding himself together pretty well for the first few minutes of the video, but once he realizes that he might be the last celebrity left on earth, and that apes are now running the talk shows (for whatever reason), thing start to go downhill very quickly.

Hopefully this won’t interfere with the scheduled premiere of The Late Show with Stephen Colbert on September 8th: