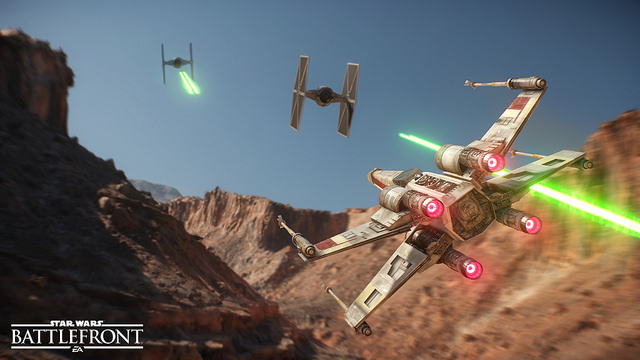 After spending some time with Star Wars Battlefront at E3 earlier this summer, I came away far less enthusiastic about the wildly anticipated sequel than I expected to be. After all, the Battlefront series was one that I spent countless hours with growing up — how could a new game in the franchise fail to win me over?

SEE MORE: Watch the first trailer for Far Cry Primal, taking the series back to the Stone Age

I don’t really have an answer to that question. It just didn’t knock my socks off. But months after the fact, DICE and EA are hosting a Battlefront open beta for PS4, Xbox One and PC players, one which kicks off in just two days.

Thanks to EA though, I (along with some other members of the press) have been given the opportunity to jump in 48 hours early and play around in Walker Assault on Hoth, Drop Zone on Sullust and a Survival Mission on Tatooine.

The Walker Assault is the only game mode I’ve actually played myself, so maybe after seeing more of what the full game has to offer, I start to change my tune on one of the most anticipated games of the holiday season. And you’ll be able to find out along with me as I’ll be live streaming my time with the game right here at around 8:30 PM ET.

UPDATE: Here’s the archived footage from the stream last night: