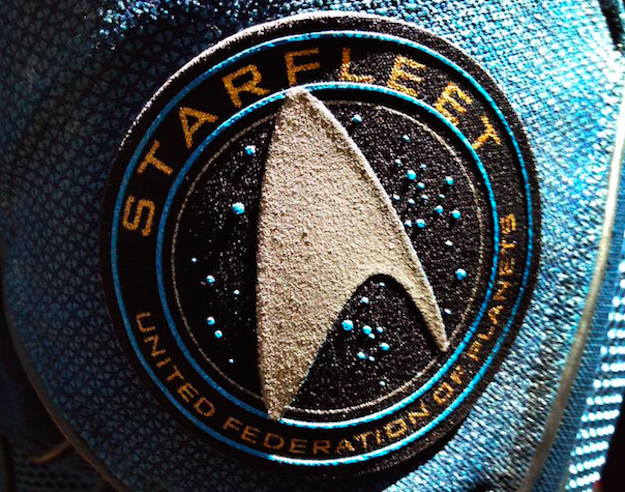 After dipping out of the Fast and Furious franchise in 2013, director Justin Lin has been keeping himself busy. He executive produced procedural drama Scorpion for CBS, directed the first two episodes of True Detective’s second season, and on Monday, revealed the official title of his Star Trek movie, which is currently in production.

READ MORE: Try Not to Tear Up While Watching the First Trailer for ‘I Am Chris Farley’

As announced on Justin Lin’s Twitter feed, the new movie is entitled Star Trek Beyond… and, unfortunately, that’s all the news we were given.

That said, we also know that Chris Pine, Zachary Quinto, Zoe Saldana, Karl Urban and Simon Pegg will be returning for the sequel. Pegg will also be attached as a writer this time around. Lin hasn’t divulged much about the story of the previously untitled film, but we did get a few tidbits during an interview with Deadline Hollywood earlier this month.

“It’s all new and fresh,” Lin told the publication. “The Klingons, Romulans and other species are great, but it’s time to go further. It has been fun to focus on creating whole new worlds and species.”

Paramount Pictures announced late last year that the next Star Trek will hit theaters on July 8th, 2016. Unless something changes, that’s when we’ll see the “new and fresh” Star Trek Beyond.