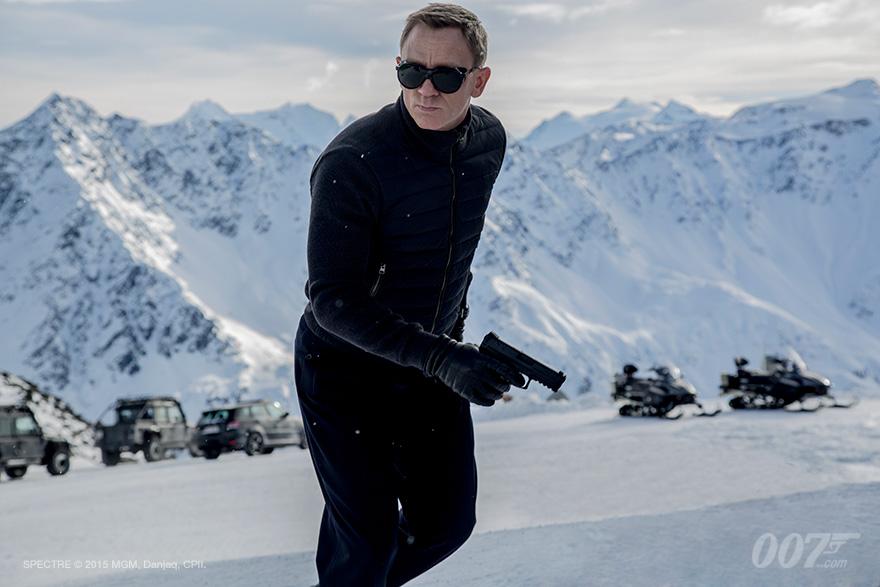 The James Bond film franchise is full of highs and lows, but it has been consistently outstanding (save for the incoherent mess that was Quantum of Solace) ever since Daniel Craig began his tenure. Unfortunately, the films haven’t been releasing at quite as fast of a pace as we’d prefer.

But three long years after Skyfall hit theaters, Eon Productions has finally released the first behind-the-scenes footage of Spectre, the next film in the series.

This is the plot of the film according to the official James Bond website:

“A cryptic message from Bond’s past sends him on a trail to uncover a sinister organisation. While M battles political forces to keep the secret service alive, Bond peels back the layers of deceit to reveal the terrible truth behind SPECTRE.”

The footage is taken from a scene being filmed in the mountains of Austria, seemingly a chase sequence that the crew says will help Spectre top Skyfall. Production manager Martin Joy says that the weather conditions and the extreme altitude made it a difficult location to film in, but the results are stunning (as you can see from the footage).