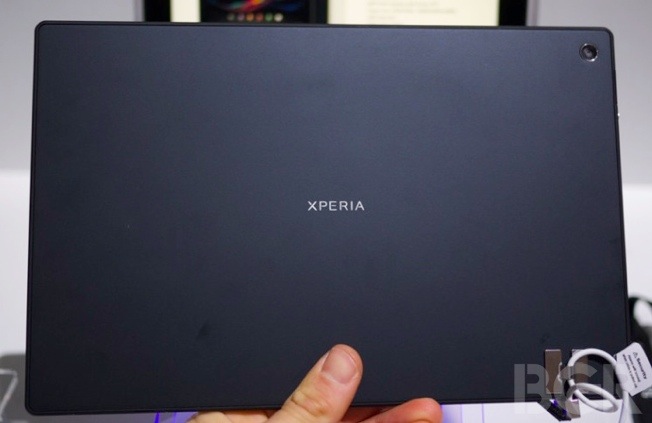 Sony (SNE) has largely flopped in the mobile market because it hasn’t given Android fans any reason to spend money on its smartphones or tablets. They don’t have the top-notch hardware of HTC (2498), nor do they have the stylish design that has made Samsung’s (005930) Galaxy series a hit, nor do they have an especially attractive skin that enhances Android’s usability. Sadly, this trend persists with Sony’s new Xperia Tablet Z, which actually marks a regression of the tablet form factor as a whole and would be considered subpar even by 2010 standards.

The Xperia Tablet Z’s alleged claim to fame is that it’s the world’s “lightest and thinnest” Android tablet, a feat it achieved by being built with flimsy plastic that is indeed light but also very cheap. The feeling of cheapness extends to the tablet’s design as a whole, as it’s basically a very boxy slab with sharp corners that feels incredibly awkward to hold in your hands. Memo to Sony — it doesn’t matter how light your tablet is if holding it in your hands feels like a chore.

What makes this all particularly irritating is that Sony is trying to pass off the Xperia Tablet Z as a high-end tablet and has even priced it accordingly at $499. In fact, Sony’s press release actually describes the device as “the most premium, high performance 10.1-inch Android tablet available,” which may be true but only because Sony isn’t pitting it against the Galaxy Note 8.0 or the Nexus 7, two smaller tablets that absolutely run rings around the Xperia Tablet Z.

Reading over Sony’s press release, it seems as though the company is simply trying to overwhelm us with specs and superlatives that it thinks will look good on paper and hoping that we’ll shell out $500 for the Xperia Tablet Z without trying it out first. The minute you do try out the tablet, however, you will find that strong specifications mean absolutely nothing if a tablet simply doesn’t feel enjoyable to use. Sorry, Sony, but it’s time to go back to the drawing board.