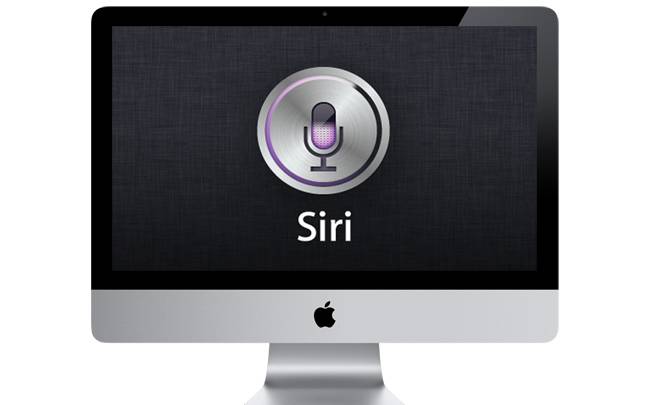 Apple’s digital voice-based assistant has already been available on iOS devices for a few years, but the company has yet to introduce the Siri for Mac as many OS X users have been hoping for. However, a new patent discovered by AppleInsider reveals that a complex Siri for Mac assistant is in the works and Apple has been imagining even more useful ways Siri could assist users on a more powerful machine.

Siri for Mac would be able to offer users similar features as Siri for iOS, including support for searches, but also more complex context-based actions. Because a Mac is a lot more powerful than a mobile device, Siri for Mac would also be able to perform more advanced tasks, such as moving files, holding a selection, ordering files in a folder, searching for stuff online, printing documents, starting video playback, and other tasks that usually require mouse and/or keyboard input from the user.

Most interestingly, Siri for Mac would have a feature that will allow the user to focus what they’re currently doing on their Mac while asking Siri to perform a completely different operation at the same time, all without closing any windows. The “Using Digital Assistant as a Third Hand” feature would allow the user to write in a text editor uninterrupted, for example, while instructing Siri to search for a certain image online.

Combined with some of the Yosemite Handoff features that will soon be available to Apple customers who own both Macs and iOS devices, the “third-hand” functionality may further improve productivity while on the computer, assuming the Siri for Mac product described in the patent application becomes a reality.

Essentially, with such a “third-hand” feature enabled, the Mac user wouldn’t have to deal with necessary, mundane tasks related to his or her main activity while working on the computer, as Siri would be able to perform many actions by itself when called upon.

The virtual assistant would be activated by either a special button, keyboard gesture or run in the background continuously, waiting for the user to activate it with help of a special hotword, and will have its own dock icon.

The Siri for Mac, as described in the patent, already seems to be far more complex than the Siri for iOS version, and could be the most important addition to OS X yet. However, Siri for Mac will not arrive with Yosemite this fall, as Apple has not mentioned such an advanced OS X feature at WWDC 2014, and traces of such an assistant are nowhere to be found in available Yosemite betas.

Images from the massive 92-page patent, showing what Siri for Mac would be able to do, follow below.