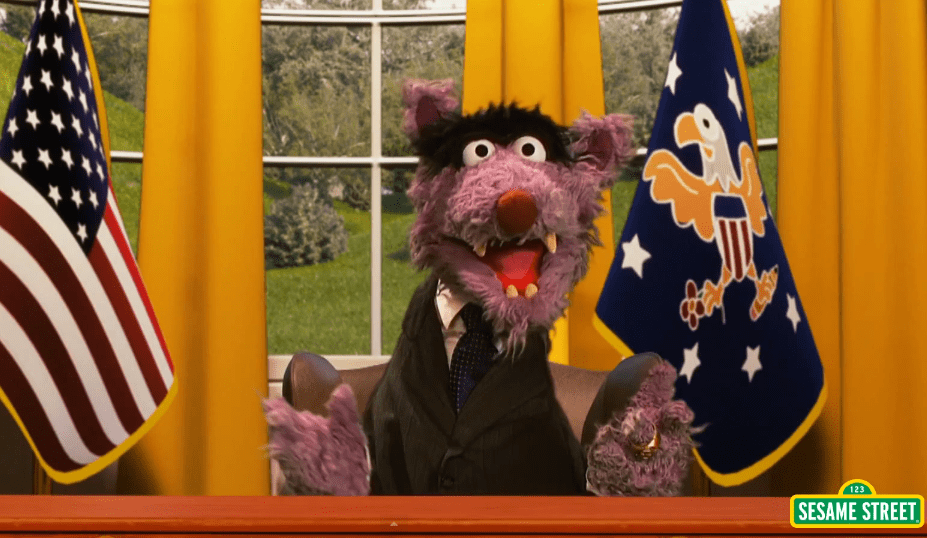 With the third season of House of Cards set to drop this week, Sesame Street has decided to pay tribute to the show by retelling the story of The 3 Little Pigs if it were set in Frank Underwood’s Washington DC. The video, called House of Bricks, stars the conniving Frank Underwolf, a slick-talking wolf with a southern drawl who is prone to sharing his innermost thoughts with us by talking directly into the camera.

FROM EARLIER: Watch this immediately: A brand new trailer for ‘House of Cards’ season 3

The video is full of awesome House of Cards-related puns — at one point Underwolf looks hungrily at a pig sitting in the straw house and says, “Some people say there’s too much pork in this town; I could not agree more.” Underwolf also uses more modern intimidation techniques than the old-school wolf from the original story and at one point sends the pigs a text message that reads, “I’ll huff and I’ll puff and I’ll blow your house down.”