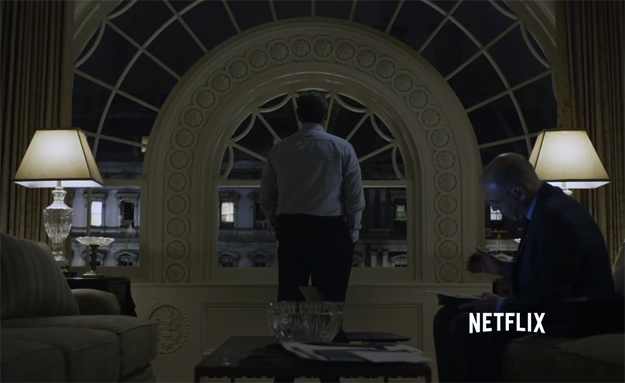 House of Cards marked a turning point for Netflix. It was a big-budget series with a big-name producer led by a big star, and it let traditional content makers know that Netflix was here to disrupt the space. The show has gone on to receive critical acclaim and win several top awards, and it is widely regarded as one of the best shows on — or off — TV right now.

After what seemed like a painfully long break, the hotly anticipated third season of House of Cards will finally premiere later this week, and Netflix just released a new trailer to whet your appetite.

The end of season 2 couldn’t have been more dramatic, and now it appears as though House of Cards season 3 will kick off with even more drama as Frank and Claire’s relationship begins to strain under the stress of the upcoming 2016 election. The trailer doesn’t give too much away, of course, but it’s more than enough of a taste to get our mouths watering.

House of Cards season 3 will premiere on Netflix in its entirety on Friday, February 27th. The new full trailer for season 3 is embedded below.