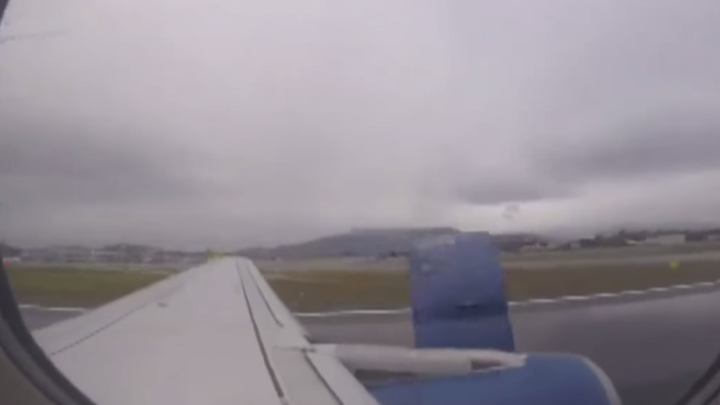 What’s the worst thing you can imagine happening while your plane is taking off? OK, so having the plane explode during takeoff would probably be the worst thing, but we can’t imagine anyone would feel comfortable flying on a plane where a large slab of metal flew off it just as it was starting to leave the ground. And yet that’s exactly what we see in a scary video posted this week by YouTube user Carlos Troncoso.

RELATED: Watch as a plane makes a crazy emergency landing on a street in California

As you can see, just as the plane starts to lift off, a big piece of metal comes flying off the side of its turbine under the wing of the plane. This is obviously not a normal or healthy thing to have happen, which is why we’re a bit surprised that the person who filmed it reacted so nonchalantly instead of, say, panicking a bit or at least alerting a flight attendant that the plane was losing chunks of metal.

At any rate, this video reminds us of the Twilight Zone classic “Nightmare at 20,000 Feet” in which a gremlin hops on the side of a plane’s wing and starts methodically tearing it apart. Let’s hope the plane shown in the video just had a one-time accident and didn’t fall victim to the wicked deeds of mythical creatures.