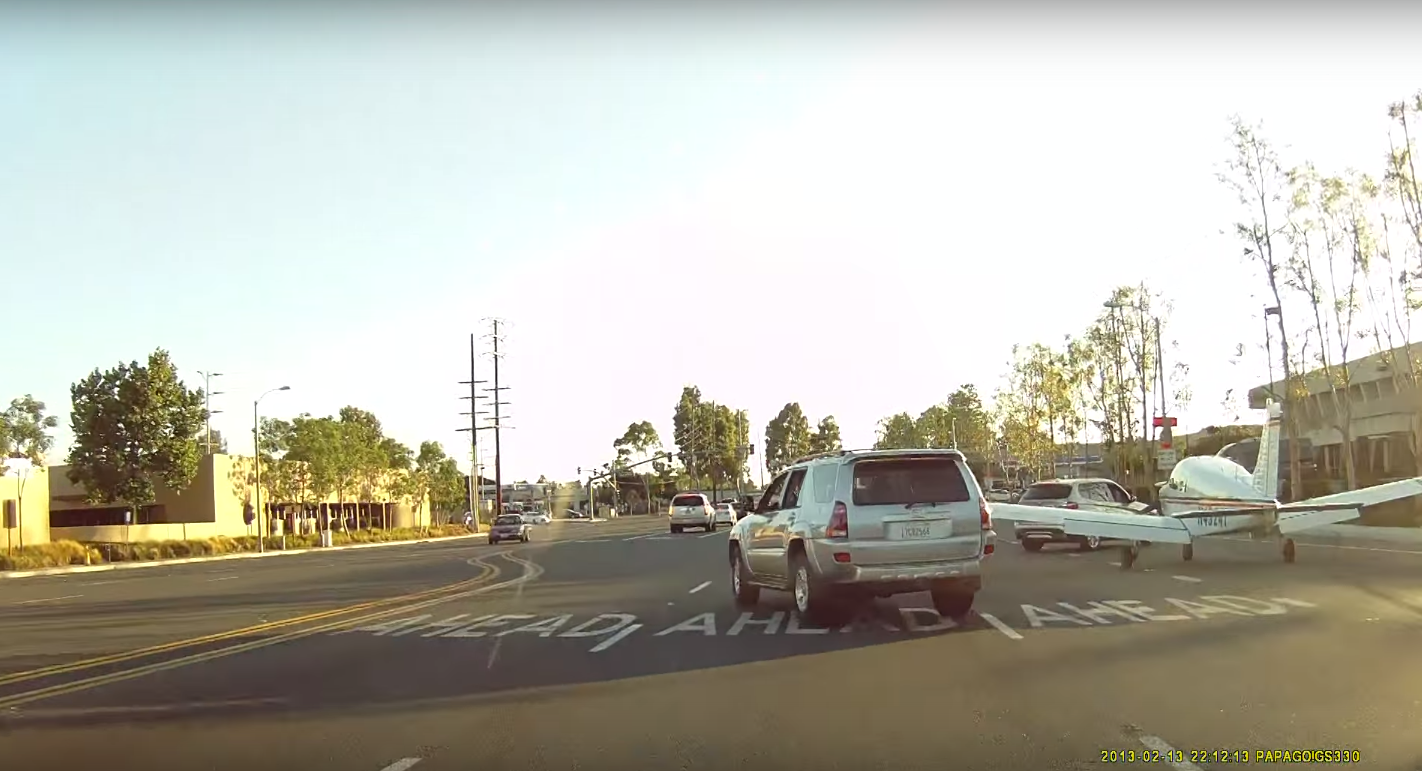 If you haven’t noticed from our frequent postings about them, we find odd airplane landings to be completely fascinating. It’s a terrifying kind of thrill, seeing a pilot safely land a plane in spite of inclement weather or faulty equipment, but nothing gets the blood rushing quite like an unplanned landing in the middle of traffic.

Although I can’t imagine how frightening the landing might have been for the passengers in the plane, the dashcam footage of an impromptu landing on a busy street in Orange County, California is so ludicrous that it’s hard not to laugh.

“Are you kidding me?” says the man who accidentally caught the landing on video as the plane glides by, almost fitting in with the rest of the passing cars as a group of drivers sit at a stoplight and watch.

According to the official report from the Orange County Register last week, the plane was occupied by an instructor and a student, but the reason for the emergency landing was never specified. Thankfully, neither the plane nor the passengers were injured during the landing, which is a minor miracle considering the fact that it was rush hour when the plane landed.

Watch the full dashcam video of the plane landing below: