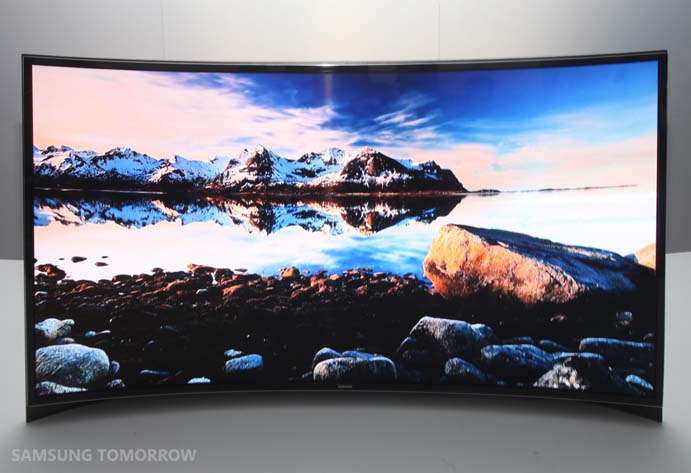 Samsung on Thursday released its new 55-inch curved OLED HDTV in South Korea. The new TV is the first of its kind in Samsung’s lineup, and the new design comes at a price — Samsung uses the word “flawless” to describe its new TV, but it has a major flaw: The set costs approximately $13,000. That premium price gets buyers a viewing experience that, at the optimal viewing distance, ensures all parts of the display are an equal distance from the watcher’s eyes. Other key features include Multi View, which allows people to watch two different things on the same TV screen using 3D glasses, and Samsung’s future-proof “Evolution Kit.” Samsung will begin rolling out the new curved OLED TV outside of South Korea next month, though there are currently no plans for a U.S. launch.