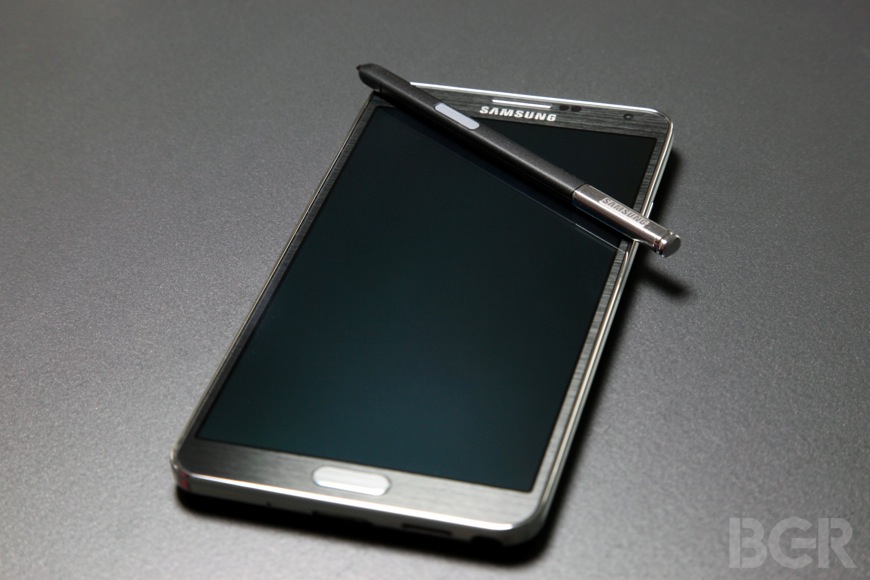 BGR reviewed Samsung’s Galaxy Note 3 recently and said that the humongous handset is likely the best smartphone Samsung has ever made. As good as it is, however, it also marks the second time Samsung has been accused of gaming benchmark testing apps in order to boost scores. A subsequent study found that Samsung isn’t the only smartphone vendor that cranks up the heat when benchmarking apps run, but the company has issued a response to the allegations and denied any wrongdoing.

“The Galaxy Note 3 maximises its CPU/GPU frequencies when running features that demand substantial performance,” a Samsung spokesperson told CNET UK. “This was not an attempt to exaggerate particular benchmarking results. We remain committed to providing our customers with the best possible user experience.”

Public relations responses are typically intentionally left open to interpretation, but this particular statement leaves no room for guessing. Samsung has said that well-respected tech sites Ars Technica and Anandtech are flat-out lying.

In reporting their findings, the sites said that Samsung’s Galaxy Note 3 and several other smartphones juice test results by optimizing CPU and GPU performance only when a handful of popular benchmark test apps are running. According to Samsung, however, these optimizations occur whenever the Galaxy Note 3 and other accused devices are “running features that demand substantial performance.”

Which is true? Will we ever know? Does it even matter? As dozens of smartphone enthusiasts ponder these questions and more, the rest of the world will likely forget all this happened in a matter of hours.