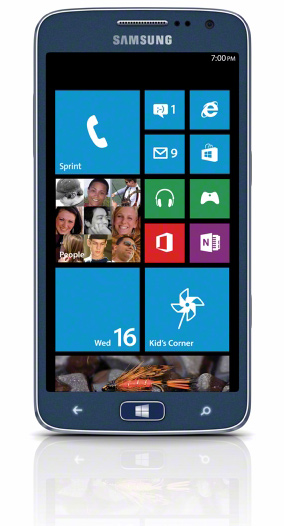 Samsung still makes Windows Phones. You might not know it since the company doesn’t seem to make much of an effort to actually sell them, but it does. And according to an announcement on Wednesday from Sprint, the company’s latest Windows Phone 8-powered handset will go on sale this Friday, August 16th. $149.99 will get Sprint subscribers a new two-year contract and a Samsung ATIV S Neo, which features a 1.4GHz dual-core processor, 16GB of storage, 1GB of RAM, microSDXC support and a removable 2,000 mAh battery. Additional details follow below in Sprint’s press release.

The first Windows Phone 8 device from Sprint with international roaming capabilities, ATIV S Neo is the perfect balance of productivity and fun with a 1.4GHz dual-core processor, 16GB memory, 1GB of RAM, microSD™ memory card slot supporting up to 64GB (microSD card sold separately) and removable 2,000mAh lithium-ion battery for up to 14 hours talk time. Live Tiles provide the information you want at a glance, delivering the most personal smartphone experience possible.

Featuring an 8-megapixel main camera with LED flash and a front-facing 1.9-megapixel camera for video chat, ATIV S Neo helps customers capture more with their smartphone. It comes equipped with a variety of preloaded camera apps, including the Beauty Shot mode for smoother-looking skin in headshots; Manga Camera to give pictures a fun twist by turning friends and family into cartoons; and built-in Photo Editor, which allows the user to edit, color, effect, decorate or share their pictures quickly and easily. ATIV S Neo also has an external camera button that works even when the phone is locked or sleeping, so you never miss a shot.

Parents will appreciate Kid’s Corner, a built-in second screen just for children only available on Windows Phone 8. Adults can curate the apps, games and content available in Kids Corner, while keeping their own smartphone world separate so they never have to worry about their child emailing their boss, buying apps or deleting pictures. Pandora and other popular apps for Windows Phone take advantage of this unique feature by automatically filtering out explicit content when running in Kids Corner.

This Windows Phone also makes it easy for customers to stay productive while on-the-go. With Office Mobile, users can access, view and edit Microsoft Word, Excel and PowerPoint documents from anywhere. Customers can also count on Office Mobile to keep content and formatting intact so documents still look great when back on a PC, Windows tablet or Mac. ATIV S Neo includes the Samsung exclusive Now feature, which highlights top news, weather and relevant information at a single glance.