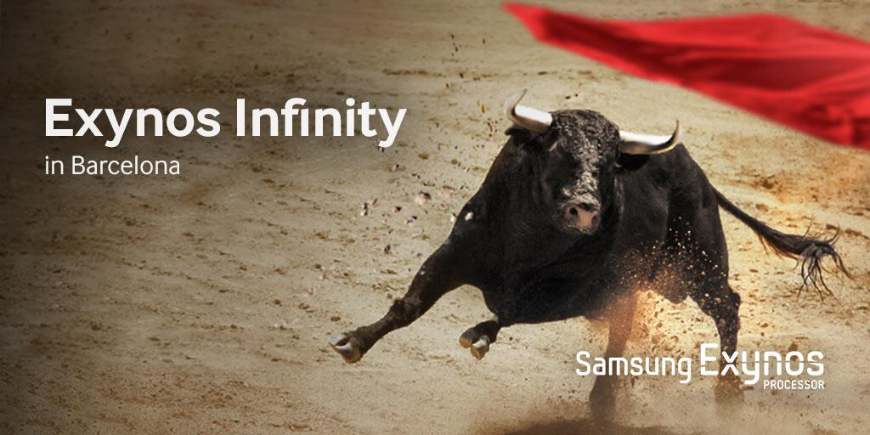 While some said Apple’s A7 64-bit processor found in some of the company’s 2013 iOS devices was nothing more than a “marketing gimmick,” Apple will not be the only maker of such mobile chips. After Qualcomm, which already announced a 64-bit chip for mid-ranged devices, Samsung is believed to introduce its own 64-bit processor at MWC. The company on Wednesday posted a teaser on Twitter revealing that “Exynos Infinity” will be unveiled in Barcelona.

“Continuing our market-leading innovation and leadership, we bring you our latest innovations. Please stay tuned,” Samsung wrote, without revealing more details about the processor. Samsung previously teased an Exynos announcement for CES 2014, although the company did not unveil any new mobile processors last month.

Coincidentally, on the same day Samsung posted its Twitter teaser message, a Korean blog called Chocoberry has spotted a Samsung GH7 SoC with ARM v8 64-bit quad-core CPU in a Linux kernel patch. The same blogger says he discovered the Exynos 4412 and Exynos 5440 before being official.

However, Chocoberry notes that the GH7 “does not have an Exynos naming and apparently it is not a [System on Chip] SoC for mobile application. “While GH7 implements ARMv8 ISA, it is not clear whether it implements Cortex-A57 microarchitecture or Samsung’s custom microarchitecture,” Chocoberry writes. “Information is still very limited; other important features such as its GPU or clock frequency are also not known. Nevertheless, as of my knowledge, this is the first time that the existence of Samsung’s ARMv8 64-bit CPU is confirmed.”