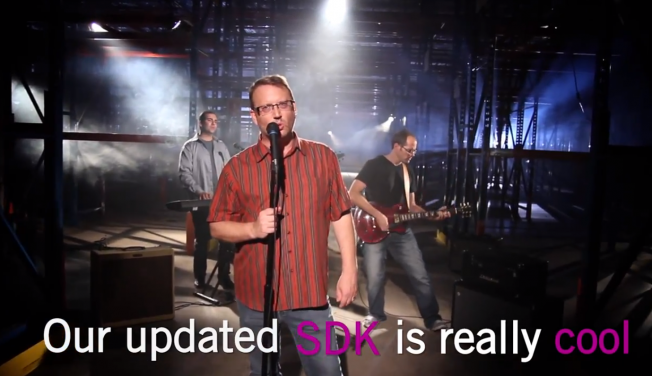 The New York Times published a fairly silly article on Tuesday that revealed BlackBerry devices have become a source of mild embarrassment for people who hang out at exclusive ritzy country clubs. This sparked a predictable backlash from some RIM (RIMM) fans who insisted that their favorite smartphones were cool because they were selling well in South Africa. In between these two extremes, CIO’s Al Sacco penned a thoughtful piece that I think honestly represents a lot of angst that longtime BlackBerry users are feeling right now: They love their devices for their keyboards, notification systems and messaging capabilities, but they also know that they’re hopelessly out of date in many key areas.

The key part of Sacco’s piece is his confession that he carries around an Android device along with his BlackBerry, simply because the BlackBerry is no longer adequate to fulfill his mobile needs. Sacco admits that he’s “more than a little frustrated with RIM right now, and I’m sick of waiting for it to release its BlackBerry 10 devices” but also says his BlackBerry is “superior to any other device I’ve ever used for messaging, thanks to its keyboard, inbox features and notification system.”

I hear things like this a lot whenever I talk with BlackBerry fans about why they’re sticking with their favorite devices. It’s clear that there is a market out there for people who want their phones to have top-notch messaging capabilities and whose needs are not being met by the iPhone, the Galaxy S III or any of the other smash-hit smartphones on the market today.

And the good news, from this perspective, is that RIM CEO Thorsten Heins seems smart enough to know that BlackBerry 10 has to first deliver an experience that longtime users will love before the company can even think of expanding out further. This is why the early features RIM has been touting for BlackBerry 10 have focussed on managing messaging and applications more efficiently, such as BlackBerry Hub and Active Frames. Even though these features are not as flashy and attention-grabbing as Apple’s (AAPL) Siri or Google’s (GOOG) Google Now, but they do appeal to longtime BlackBerry users who are looking to see the company enhance its core strengths rather than rush out a poorly executed iPhone wannabe.

And as I’ve argued before, making its core users happy and getting them to renew their commitment to BlackBerry is the best thing RIM can do right now because BlackBerry will likely not be regaining most of the users it has lost to iOS and Android in the near term. The company is in serious trouble and it will need every ounce of passion and dedication its users can muster to change public perceptions.

This isn’t to say that RIM can simply ignore things such as hardware specifications or mobile apps or any of the other bells and whistles that come along with today’s smartphones (for RIM’s sake, I hope that rumors about it not getting Instagram are false). But RIM also needs to focus most on what it does best and make sure it does those things better than any other device on the market so that its fans can proudly spread the word around to everyone else. And then, eventually, maybe rich country club types won’t be quite so embarrassed to pull out their BlackBerry phones during croquet matches.