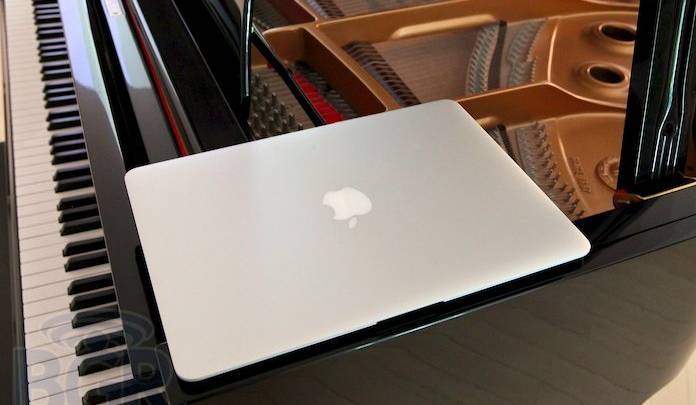 Apple is reportedly working on its slimmest MacBook laptop yet, something various reports have claimed in the past, but Digitimes now says the unidentified MacBook will launch either in the fourth quarter of the year or in 2015.

FROM EARLIER: There’s a chance that the Retina MacBook Air might be ready for Christmas after all

According to sources from Apple’s Taiwan-based supply chain, production of components has already begun in small volumes, although other details have not been revealed regarding the device.

It’s not clear at this time whether the new MacBook will be part of the Air or Pro families – both laptop lines have been refreshed this year, offering slightly improved performance and cheaper prices – but it’s likely the laptop will be an Air, a product whose key feature is overall size.

Digitimes notes that Apple’s MacBook Air, currently its thinnest laptop, measures 0.3cm to 1.7cm in thickness, while the MacBook Pro with Retina display is 1.8cm thick. The publication adds that the 13.3-inch MacBook Pro will be discontinued this year.

Previous reports claimed that a 12-inch MacBook Air with Retina display is in the works. This may be the laptop Digitimes is referring to, as the device is rumored to be thinner than previous models and feature a new design.

Apple is expected to be among the first companies to use Intel’s recently launched new Broadwell chips that would let it build laptops without fans, and thus significantly thinner than existing models. However, limited Broadwell chip availability may negatively affect Apple’s launch plans for the rumored laptop.